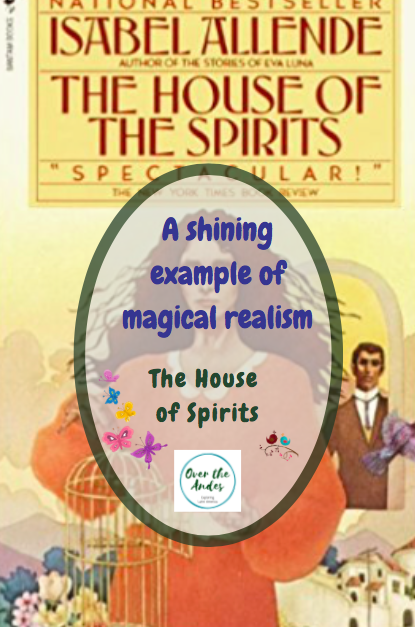 One of my favourite books is The House of Spirits by Isabel Allende.Â  This story uses the Chilean dictatorship period as its backdrop and is infused with the lyrical magical realism which characterises much of Latin American Literature.

I recommend this book to all the students who pass through my Latin American History classes, and those who read it are often struck by the poignant story that, though fictional, explores the agonizing realities of this dark time in Chile’s history. 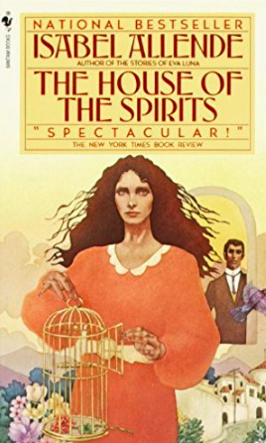 In a triumph of magic realism, Allende constructs a spirit-ridden world and fills it with colorful and all-too-human inhabitants. The Trueba family’s passions, struggles, and secrets span three generations and a century of violent social change, culminating in a crisis that brings the proud and tyrannical patriarch and his beloved granddaughter to opposite sides of the barricades. Against a backdrop of revolution and counterrevolution, Allende brings to life a family whose private bonds of love and hatred are more complex and enduring than the political allegiances that set them at odds.Â The House of the SpiritsÂ not only brings another nation’s history thrillingly to life, but also makes its people’s joys and anguishes wholly our own.

I’ve always found it difficult to read about and study the dictatorships of Latin America.Â  There are millions of pages and hundreds of documentaries and videos detailing the horrors of torture, rape, murder, psychological terrorism and late-night body dumps into the depths of unforgiving oceans. In my years of studying these topics I wondered at the unbelievable brutality of these leaders towards their own people. Our leaders and militaries are supposed to protect us.Â  Yet in these instances, they were the greatest perpetrators of violence against their own people.

Is this one of the reasons why magical realism is so often utilitsed by Hispanic authors?Â  Perhaps no one can really believe the horrific events that passed; it’s too surrealâ€¦

The House of Spirits does not shy away from recording the events that transpired in Chile in the 1970s and 1980s.Â  These events are presented from multiple perspectives and are said to occur within an unnamed country.Â  The spirits speak and fate unfolds and the story of the Trueba family is brought to life.

The characters with whom we pass our time while reading this novel are varied and presented to us so richly that we could think we’ve known them for much of our lives.Â  Allende names several of the characters to reflect their personalities in some ways.Â  There is the clairvoyant Clara and the uncompromising FÃ©rula (which means splint/ rule in Spanish).

Clara and Alba are the female characters whom I remember most vividly and whose growth and development are charted very carefully.Â  I fell in love with Clara who elicits devotion from those around her and is presented as unassuming yet incredibly powerful and influential.Â  Â Her granddaughter Alba, is vulnerable, fierce and strong, weathering unconscionable abuses yet maintaining a grace that is remarkable.

As readers we should hate Esteban Trueba and Esteban GarcÃ­a, both cruel men who could have been on the same side yet end up mortal enemies. Â Allende, however, paints a full picture of Trueba and we follow him on his journey from ambitious young man, to hardened and unforgiving senator and merchant to, finally, a dying man searching for love and acceptance.Â  GarcÃ­a, upon whose character some shadows of Pinochet lie, is a less sympathetic character.Â  Yet even at his worst, the reader is also reminded that he too faced an unjust childhood because of a classist society over which he had no control.

The House of Spirits, is above all, a story of fortitude and the undying spirit of the determined and the good.

â€œAnd now I seek my hatred and cannot seem to find it.Â  I feel its flame going out as I come to understand the existence of Colonel GarcÃ­a and the others like him, as I understand my grandfather, and piece things together from Clara’s notebooks, my mother’s letters, the letters of Tres MarÃ­as, and the many other documents spread before me on the table.Â  It would be very difficult for me to avenge all those who should be avenged, because my revenge would be just another part of the same inexorable rite.Â  I have to break this terrible chain.â€