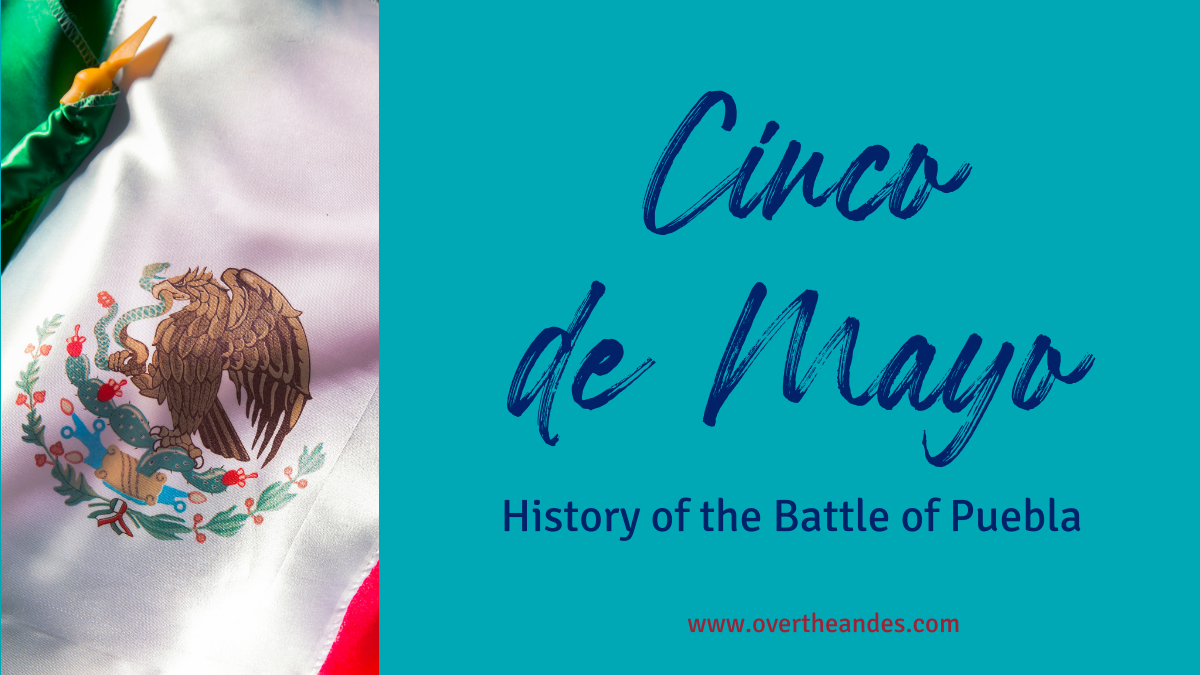 Cinco de Mayo History: A tale of the Mexicans, the French and the Austrian Archduke.

Every year, many in the US look forward to celebrating Cinco de Mayo. There are beers, tequila, margaritas and food galore.  There are parties celebrated in homes and in bars, on the streets and in squares. But what is Cinco de Mayo and why is it celebrated? Why is this date important? It’s significance is so much beyond partying. In fact, reducing the memory of Cinco de Mayo to little more than a party is a slight to the real cultural and military accomplishments of the day.

Let’s start with what it is NOT.  It is not Mexican independence.  That auspicious event is celebrated on September 15th into the 16th, commemorating the Grito de Dolores made by Don Miguel Hidalgo y Costilla.  But we discuss that in another article! Cinco de Mayo, venerates another victory of the Mexican spirit over the binds of European colonialism.  To many, especially in the United States, it is also a celebration of Mexican culture and heritage. Its origins are found in the Battle of Puebla.

Like almost every other newly independent Latin American nation, Mexico’s post-colonial years brought little more than civil strife and regional segregation.  The criollo elite, who were now in power found their political ideology divided.  There were those who preferred to maintain the status quo dictated by their former European masters (the Conservatives) and those who preferred a more reformist system of governance (the Liberals).  The battle between Conservative and Liberals, across the continent, was long, vicious, bloody and all-consuming.  Many of the staunchest believers on either side would often put political ideology ahead of national pride. Such was the case in Mexico.

1860 dawned over a Mexico led by Benito Juárez, a man of indigenous origin, and in control of the Liberal Party. Policies aimed at weakening the power of the Church, had the desired effect of removing the support base of the Conservative Party. Severely weakened, the Conservatives would continue to make deadly attacks on the provinces of Mexico, but it was clear that The War of The Reform had favoured the Liberals.

The War of the Reform and the Mexican-American War (where Mexico lost its northern territory to the United States) ruined the Mexican economy. The country took out loans from the French, British and Spanish; loans they would be unable to repay. During the War of the Reform, fighters on both sides had attacked the silver trains belonging to French and British nationals as they made their way across the country. There was also widespread looting of properties belonging to foreigners. A combined naval force of the Spanish, French and British arrived in Veracruz in 1862 to collect reparations and debts owed to their citizens and governments. This European union would not last long, however. The Spanish and British, withdrew after negotiating with Mexico and refusing to support France’s intention of establishing a colony on Mexican soil.

Some stalwart Conservative believers, who had been exiled, turned to foreign assistance to settle their national grudges. They convinced the easily persuadable Emperor of France, Napoleon III, that the Mexican people desired ‘liberation’ from Juárez and the Liberals by the French Army and would welcome the establishment of a monarchy. Napoleon III had imperial aspirations and dreamt of creating a colonial empire south of the United States. A suitable royal leader was identified in Austrian Archduke Ferdinand Maximilian of Hapsburg, brother of Austrian Emperor Franz Josef.

Conservative Mexicans lied to Maximilian. They understated the popularity Juárez had amongst the Mexican people; and they overstated Maximilian’s potential support.  In preparation for the new European leader’s arrival in Mexico, French forces moved westward from Veracruz towards the interior via the town of Puebla de los Angeles.

On May 5, 1862, at Puebla, the French were met not as great liberators, but as invaders to be destroyed. A poorly armed but ferociously determined Mexican garrison, led by General Ignacio Zaragoza faced off against the militarily superior French. The French soldiers, known as zouaves, charged with their trademark boldness and discipline expecting the Mexican fighters to disperse and run; but they did not. The Mexican fighters held their ground and used their second-rate armoury to its best advantage. They left their positions only to engage in fierce hand-to-hand combat against the French. The strength and ferocity of the Mexican fighters were so unexpected the zouaves soon had to retreat. Several small battles were fought throughout the day, each one ending with a French withdrawal. The French suffered heavy losses at Mexican hands. Some reports have estimated anywhere approaching 1000 casualties on the French side. On the Mexican, less than 200 were affected. Cinco de Mayo became a day to celebrate the triumph of the indomitable Mexican people over imperialism.

***For a more detailed account of the military process of the Battle of Puebla, check out Warfare History Network.

As soon as Zaragoza was satisfied that the French were retreating that day, word was sent immediately to President Juárez in Mexico City. News travelled as fast as possible, in those times. From the President’s headquarters to the newspapers and onto the steamship, Orizaba, bound for Panama and San Francisco. The Orizaba landed in San Francisco on May 26 and the news was printed and distributed by the Spanish language newspapers there. Riverboats, stagecoaches and mule trains carried the story to Latinos living on the US side of the border. In Alta California, in the town of Columbia, spontaneous rejoicing at the news led to gun salvos, banquets with toasts to Mexico and the singing of patriotic songs. This may well be the first recorded Cinco de Mayo celebration in the United States.

It is to be remembered that the Mexicans in Mexico and those living abroad desired to see their country free. It was just over forty years since independence had been won. The thought of another European imperial power coming to seize control of the nation was anathema to these proud people. However, the strength of the Mexican army, and certainly the strength of a small garrison, was nothing to the French military. The battle at Puebla de los Angeles on the fifth of May was an unexpected victory. One that surprised, delighted and thrilled the patriots. It was a show of the indomitable Mexican spirit and it would be a rallying point and cherished memory for a long time to come. Viva Mexico.

Yet despite victory that day, Mexico would remain under French rule for three more years. The French secured control over several major cities and Liberal guerillas controlled most of the Mexican territory and continued on the offensive. Eventually, Maximilian, being fairly moderate himself, would lose the support of the Conservatives when he refused to reinstate the Church to its previous position of power. He would also face opposition from the United States after they emerged from their own Civil War. Even Napoleon III abandoned Maximilian, needing to deal with more pressing matters in France. Despite, pleas from Europe for his release, Maximilian would be tried for treason and put to death by firing squad.