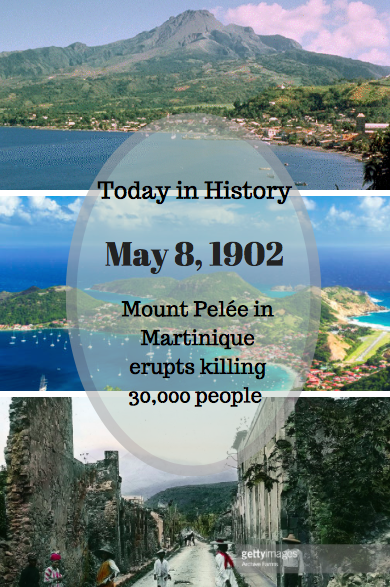 In the Caribbean, on the French island colony of Martinique, there is a town by the name of Saint Pierre.Â  This town was once dubbedÂ the â€œParis of the Caribbean” and was seen as culturally superior to the island’s capitalÂ Fort-de-France.

St. Pierre lay in the shadow of the massive volcano, Mount PelÃ©e.Â  Most believed the volcano to be dormant, a sleeping giant.Â  In April 1902, stirrings from the volcano began.Â  Several signs were evidenced through disruptions to the landscape and wildlife. No heed was paid to these natural warnings.

On the morning ofÂ May 8, there was an infernal blast of hot gas and volcanic debris which wiped out St. Pierre.Â  The entire population of the town, as well as people from neighbouring villages were killed.Â  Only two survivors were reported.Â  A prisoner, who had been arrested for drunk and disorderly conduct the day before, was saved by the thick stone walls of his ‘cell’.Â  The other survivor,Â LÃ©on CompÃ¨re-LÃ©andre, was a shoemaker who lived at the edge of the city.

For a vividly described story of the 1902 eruption of Mount PelÃ©e, see Earth Magazine. 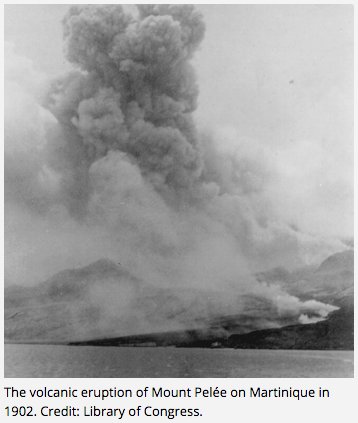