There are many places in Latin America that I still have to visit, and I’ll make my way through that list as time passes, I’m sure.

The next trip that I’d like to cross off my bucket list is one to Cuba.  A couple years ago, I was a day away from making the down payment on my 8-day Cuban tour.  That day I found out I was expecting baby number three!  The trip was postponed indefinitely.

That baby is now two years old and is quite a handful.  He may have prevented my Cuba trip, but he is also very responsive to my Spanish lessons! While his older brothers may often rebuke my attempts at teaching them, he happily sings along with my silly made-up songs and proudly shows off his body parts as he calls them by their Spanish names.

I hope to make that trip to Cuba soon.  In fact, just the other day while searching through some old email messages, I found the itinerary I’d planned for that trip.  I had discovered Tucan Travel online and after reading several positive reviews about their services, I contacted them.  The lady with whom I dealt was quick, professional and helpful.  I can’t comment much more on their service beyond that as I never made the trip.

As I get ready to try planning my Northern Caribbean visit again, I wanted to share some of the itinerary I’d planned the first time around. I’ll spread the stops over a few posts to give each one the attention it deserves. 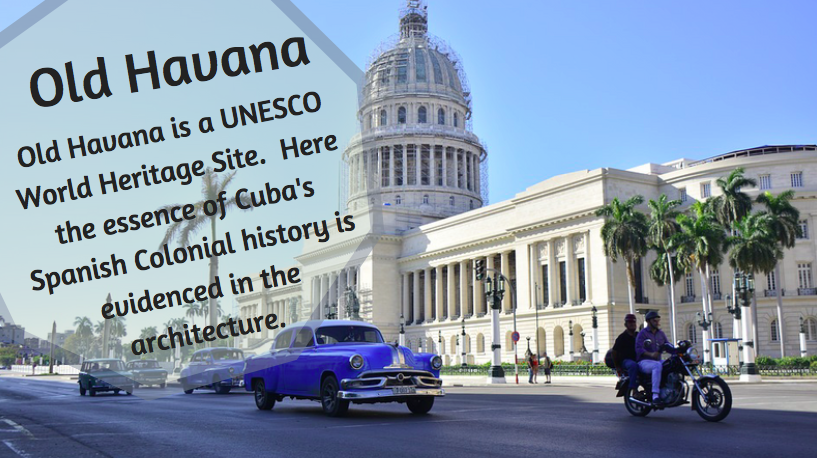 Havana is the only city in the world where you will find vintage American cars used as taxis, ration shops juxtaposed against gleaming colonial palaces and salsa and rumba enthusiastically practiced in the streets under revolutionary slogans.

*Casa Particular: Private homestay in Cuba, similar to a bed and breakfast 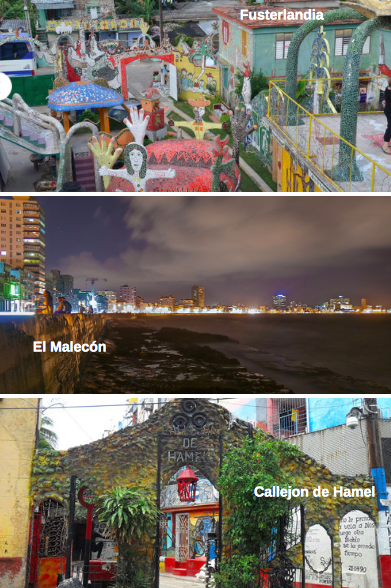 Callejon de Hamel: A colourful narrow alley in Cuba is full of street art and sculptures made of random found objects such as bathtubs, hand pumps, and pinwheels.  It’s a taste of Cuba’s local, innovative art.

Jaimanitas: A fishing town that boasts a famous seafood restaurant and a very talented artist.  Fusterlandia is where Cuban artist, José Fuster, has reclaimed his impoverished neighbourhood as a dreamy folk art kingdom.

Restaurante Santy Pescador, or Santy’s as it is more commonly known, was made famous internationally thanks to its high quality seafood and being featured by Anthony Bourdain.

No trip to Havana would be complete without spending time at the oft romanticized Malecón. It is Havana’s lounge.  A spot where city meets the sea and the beauty of the sunset can pierce straight to the heart.

Stay tuned for more Western Cuba.  Up next: Viñales and Playa Larga.