We head towards central Cuba, passing through more beautiful beaches and historic towns.

You can catch up with the tour here:

When studying the Cuban Revolution of 1959 and its aftermath, one event that is covered is the Bay of Pigs Invasion.Â  In April 1961, the CIA, with the support of US President John F. Kennedy, launched a definitive strike: a full-scale invasion of Cuba by 1,400 American-trained Cuban exiles. These troops would not meet with the victory they expected.Â  The invaders were outnumbered by Castro’s soldiers, and also faced opposition from locals, who were still benefiting from the first wave of Castro’s social reforms.Â  The US led team surrendered after less than 24 hours of fighting.

At the Bay of Pigs (Playa GirÃ³n) today, visitors can learn more about the intricacies of this battle (from a Cuban perspective) at the Playa GirÃ³n Museum.Â  The beach itself, is also a sight to behold and a paradise in which to swim. 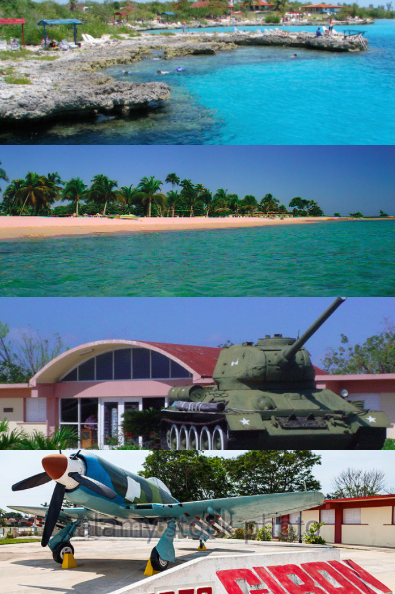 Next we’re off for a whirlwind tour of Cienfuegos.

Cienfuegos is a city on Cuba’s south coast known for its colonial-era buildings. On the central square, called Parque JosÃ© MartÃ­, the TomÃ¡s Terry Theater has gold-leaf mosaics and ceiling frescoes. The Arco de Triunfo commemorates Cuban independence. For a touch of romantic adventure, visitors can take a ferry across the bay to Castillo de Jagua, an 18th-century fortress. 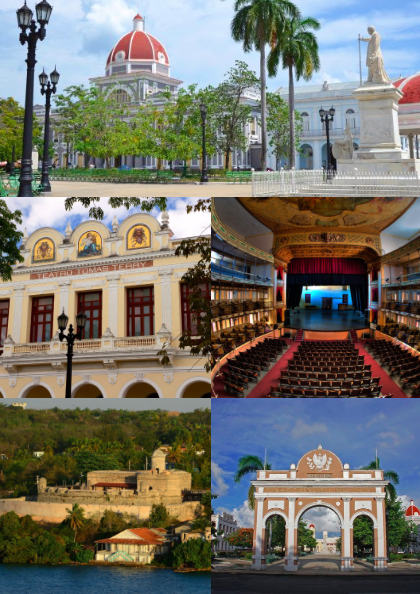 On Day 6, we’ll take a walk down cobblestone streets in the preserved colonial town of Trinidad, Cuba.Â  Stay tuned.