The month of May is almost over and I just realised I didn’t do a month in books post.

A- Aunt Julia and the Script Writer by Mario Vargas Llosa

For this ‘trip’ we’ll start in Chile and look at life during the Pinochet dictatorship through the eyes of a spoilt, disaffected teenage boy.

Fuguet artfully captures a tense moment in a country’s political history, the lifestyle of a society and the personal development of its jaded young narrator, MatÃ­as VicuÃ±a. Set in Santiago, in 1980, it’s an evocative tale of adolescent alienation and the psychic price of dictatorship. When MatÃ­as visits Rio on a school trip, he gets a suntan, falls in love, discovers cocaine and worsens his already dismally blase view of his real life back in Chile. Once he returns to Santiago, his feelings of isolation only grow. He’s vexed by the dysfunctional routines of his prominent family, bored with the blur of drugs, alcohol and sullen promiscuity he shares with his privileged friends and unsettled by the waxing political tension under Pinochet’s government. Along with the memories of Brazil, ideas and images from American pop culture-the disco age-so influential among MatÃ­as’s peers heighten his sense that he is missing out on an exciting, stimulating life outside his troubled country.Â Â This novel examines the Chilean emulation of American consumerism and pop culture, in the context of a growing opposition to the dictatorial rule of Augusto Pinochet in Chile.

Next we head to Peru, for a tale that is fact woven into fiction exploring the author’s real life first marriage. 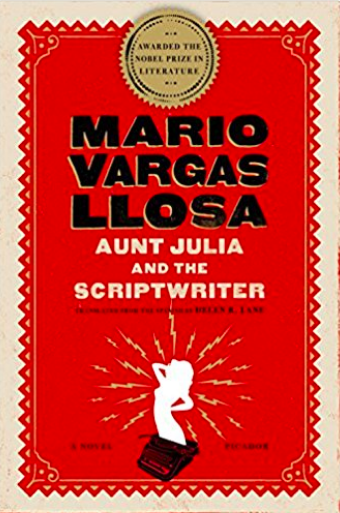 Mario Vargas Llosa’s brilliant, multilayered novel is set in the Lima, Peru, of the author’s youth, where a young student named Marito is toiling away in the news department of a local radio station. His young life is disrupted by two arrivals.

The first is his aunt Julia, recently divorced and thirteen years older, with whom he begins a secret affair. The second is a manic radio scriptwriter named Pedro Camacho, whose racy, vituperative soap operas are holding the city’s listeners in thrall. Pedro chooses young Marito to be his confidant as he slowly goes insane.

Interweaving the story of Marito’s life with the ever-more-fevered tales of Pedro Camacho, Vargas Llosa’s novel is hilarious, mischievous, and masterful, a classic named one of the best books of the year by theÂ New York Times Book Review.

And finally we head to the United States to join a Latina teen who faces teenage bullying and tries to learn how to accept herself. 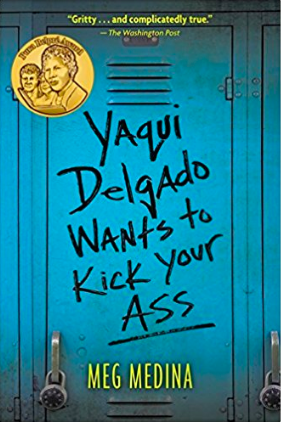 In Meg Medina’s compelling novel, a Latina teen is targeted by a bully at her new school â€” and must discover resources she never knew she had.Â  This novel is based on real life experiences faced by the Cuban-American author.

One morning before school, some girl tells Piddy Sanchez that Yaqui Delgado hates her and wants to kick her ass. Piddy doesn’t even know who Yaqui is, never mind what she’s done to piss her off. Word is that Yaqui thinks Piddy is stuck-up, shakes her stuff when she walks, and isn’t Latin enough with her white skin, good grades, and no accent. And Yaqui isn’t kidding around, so Piddy better watch her back. At first Piddy is more concerned with trying to find out more about the father she’s never met and how to balance honors courses with her weekend job at the neighborhood hair salon. But as the harassment escalates, avoiding Yaqui and her gang starts to take over Piddy’s life. Is there any way for Piddy to survive without closing herself off or running away? In an all-too-realistic novel, Meg Medina portrays a sympathetic heroine who is forced to decide who she really is.

Quite a variety of books from time periods to countries, each one offering a unique insight into various aspects of Hispanic culture and history.