I’ve seen this tag around the blogosphere and decided to give it a try.Â  I do love reading random quotes.Â  Some are merely interesting and others make me stop and think.

The rules are simple: 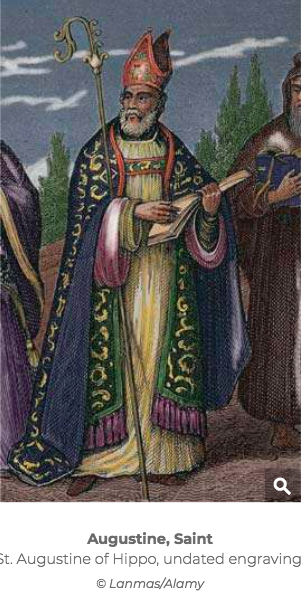 My choice is Saint Augustine, also known as Augustine of Hippo.

He was a bishop of Hippo Regius in Northern Africa. He was an ancient Christian theologian who played a significant role in the development of early Western philosophy marked by the merging of Greek philosophy and Judeo-Christian religious traditions. He had an intellectual bent of mind and was fascinated by philosophical enquiries, and spent his early life exploring various philosophical and religious theories.Â  (The Famous People)

Humility is the foundation of all the other virtues: hence, in the soul in which this virtue does not exist there cannot be any other virtue except in mere appearance.

Happiness is to continue to desire what one possesses.

Hope you enjoyed these little bits of inspiration!