On Sunday 3 June 2018, Guatemala’s Fuego Volcano erupted at noon, local time, sending lava flows into nearby rural communities and spewing ash over people, animals and property.Â  Up to Friday morning, over 100 people had been confirmed dead and hundreds more remain missing.Â  Â This is the country’s most deadly volcanic event in more than a century.

The villages worst affected are San Miguel Los Lotes and El Rodeo. Aerial photographs show how they were covered by pyroclastic flow which rushed down the slopes of the volcano. 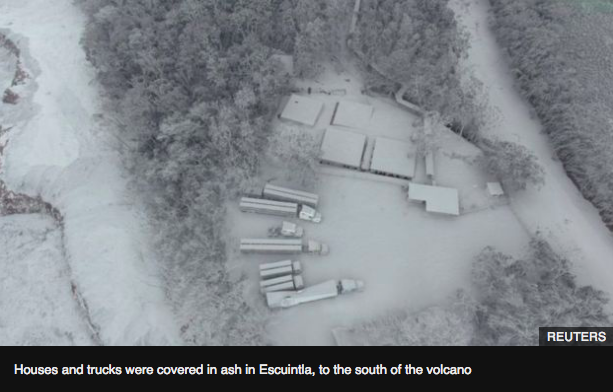 The VolcÃ¡n de Fuego, a volcano in the Southern region of Guatemala is located about 10 miles west of Antigua, one of Guatemala’s most famous cities and a major tourist destination.Â  Another 25 miles northeast will bring you to the capital, Guatemala City. 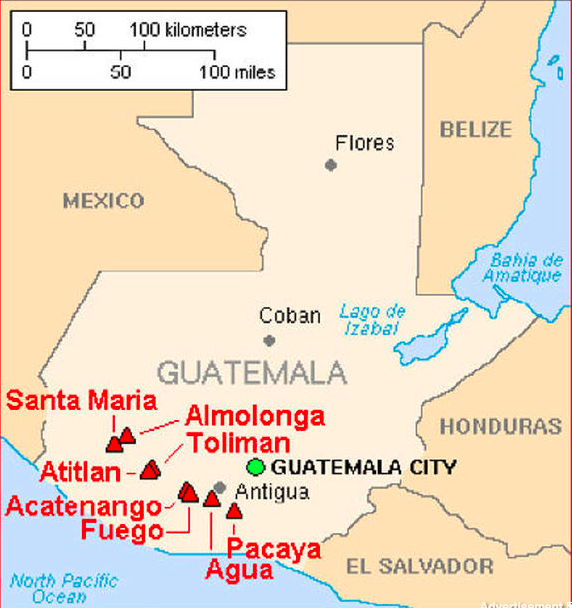 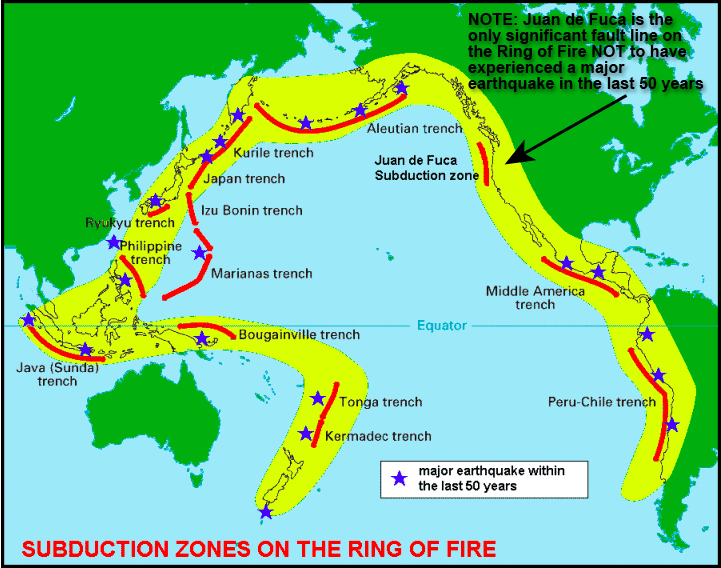 The volcano sits on the Ring of Fire, a 25,000-mile horseshoe-shaped area where several tectonic plates rub against each other, creating intense volcanic activity and earthquakes. Three quarters of the world’s active volcanoes can be found on the Ring of Fire.

The Fuego Volcano is famous for being almost constantly active at a low level. Small gas and ash eruptions occur every 15 to 20 minutes, but larger eruptions are rare.Â  In the last major eruption in 1974, no deaths were officially recorded.Â  This time was very different.

The Fuego volcano erupted at about noon local time on Sunday. Thick clouds of smoke and ash billowed into the sky, and homes in nearby villages were engulfed by lava flows. Temperatures in the lava flow reached 1,300 degrees Fahrenheit, according to Eddy Sanchez, director of the country’s Seismology and Volcanology Institute. (Time)

Many victims were found near their homes, indicating that they did not have time to flee. Others managed to save themselves but are still searching for members of their families.

The second explosion came Tuesday, with authorities issuing another evacuation order and closing a national highway as hot gas and molten rock descended down the volcano’s southern face. A red alert remained in place Wednesday and people were advised not to stay near the affected area.

There were some signs that a potentially major eruption was due.Â Professor of Volcanology at the University of Bristol, Katharine Cashman was interviewed byÂ  the Express.co.uk and explained that the frequency of Fuego had been picking up over the past few years.Â  It was evident that the volcano was becoming a little bit more active.Â  However, these types of eruptions just tend to happen withÂ veryÂ little warning.

Guatemalan authorities have also reported that a breakdown in communication between national disaster agency, CONRED, and volcanologists in the area delayed evacuations from theÂ surrounding areas.Â  There will be an official investigation.

For more photos and details click on any of the links or photos included in this post.

Large areas are covered in ash.

CONRED has said the ash fall will continue to affect 1.7 million people across the country.Â  More than 3,000 residents have been evacuated from affected areas, which remain under threat from lava flows, and have been placed in temporary housing.

Although the eruptions have abated, for now, danger remains.Â  If heavy rain were to fall on Fuego’s slopes, it could cause deadly mudslides carrying ash, boulders and debris down the mountainside.

How can you help?

If you would like to assist in any way, PBS.org has put together a list of charitable organisations engaged in relief efforts:

PBS Note: We verified organizations to the best of our ability. If you aren’t sure about the legitimacy of a charitable organization visitÂ Charity Navigator.