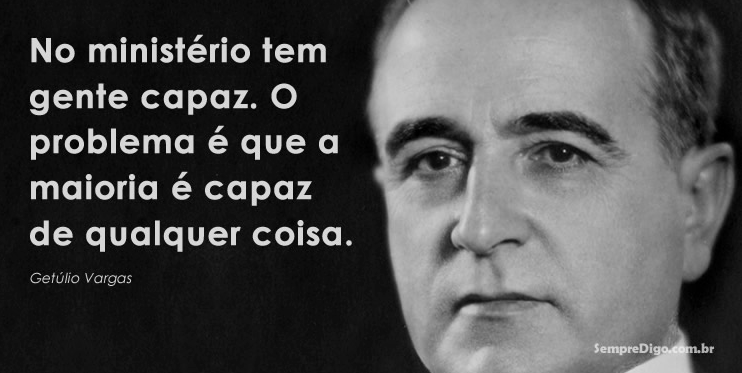 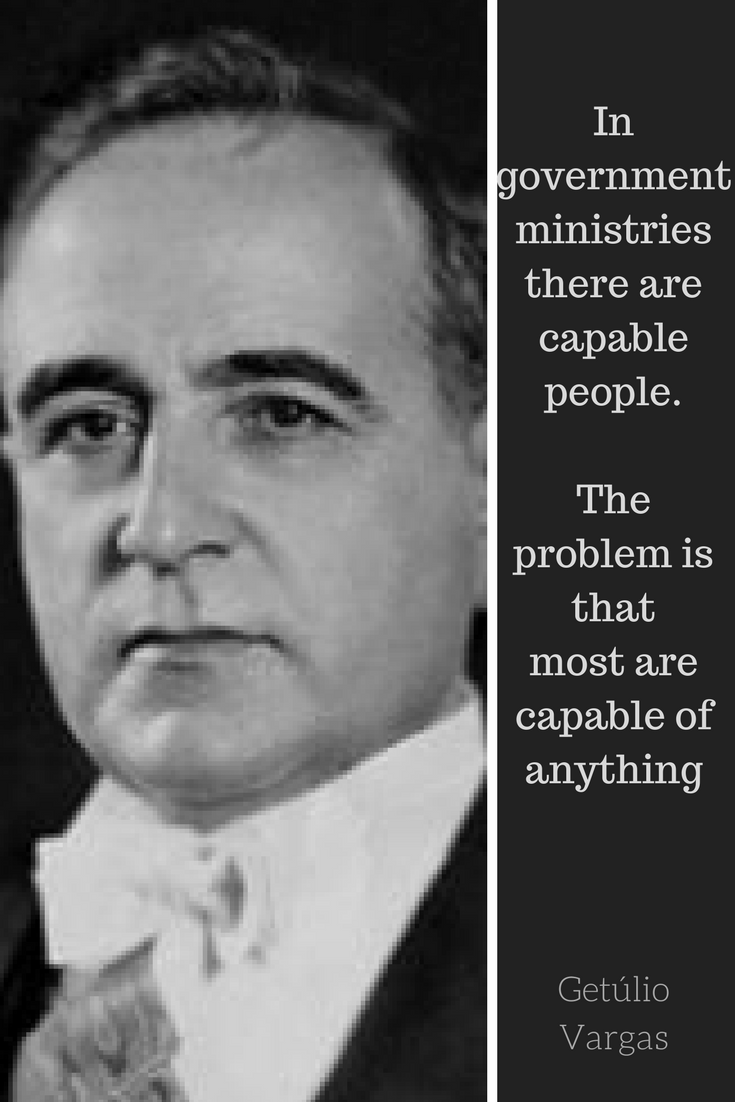 Ironic that GetÃºlio Vargas (1882-1954) would make such a comment as many would say similar of him once he came to office.Â  Vargas came to the forefront of politics by leading an assorted group in Brazilian society, many whose interests conflicted with those of their counterparts.

Once in power, and after a mass workers’ protest led by female textile workers, Vargas’ government implemented the 8 hr work day; a 20% wage increase; night work bonus; attempted equal pay for equal work; and prohibited forced overtime. Vargas also established the secret ballot and lowered the voting age to 18. Women were allowed to vote but not illiterates.

Despite his promises to improve the politics, economics and society of Brazil, Vargas would eventuallyÂ cancel elections and abolish all political parties.Â  He established a dictatorship called The Esatdo Novo and remained in power until nudged out by the military (for the first time) in 1945.

You can read more about Vargas here.

Have a great week!