As I mentioned in an earlier post about World Cup songs, I may not be the biggest sports fan but I love getting pulled into the crazy patriotic fervour of the World Cup.

I love that for one month, every 4 years, most media outlets will be spouting random country and football facts and stats.Â  I’m always amazed at the in-depth statistical analyses that the pundits can pull out for each team by the start of match time.Â  Because everyone needs to know that in the last 18 out of 19 matches between Mexico and Colombia, Colombia went on to win but only in the games where Mexico scored in the first 7 minutes of the match….Â  Completely made up stat, by the way, but completely accurate in spirit!

It’s more fun to follow the games when you have some favourites and have your heart set on a particular team winning.Â  So who are your favourites?Â  During the 2014 World Cup, I came across this hilarious flow chart, designed to help you select the best team to fit your personality. 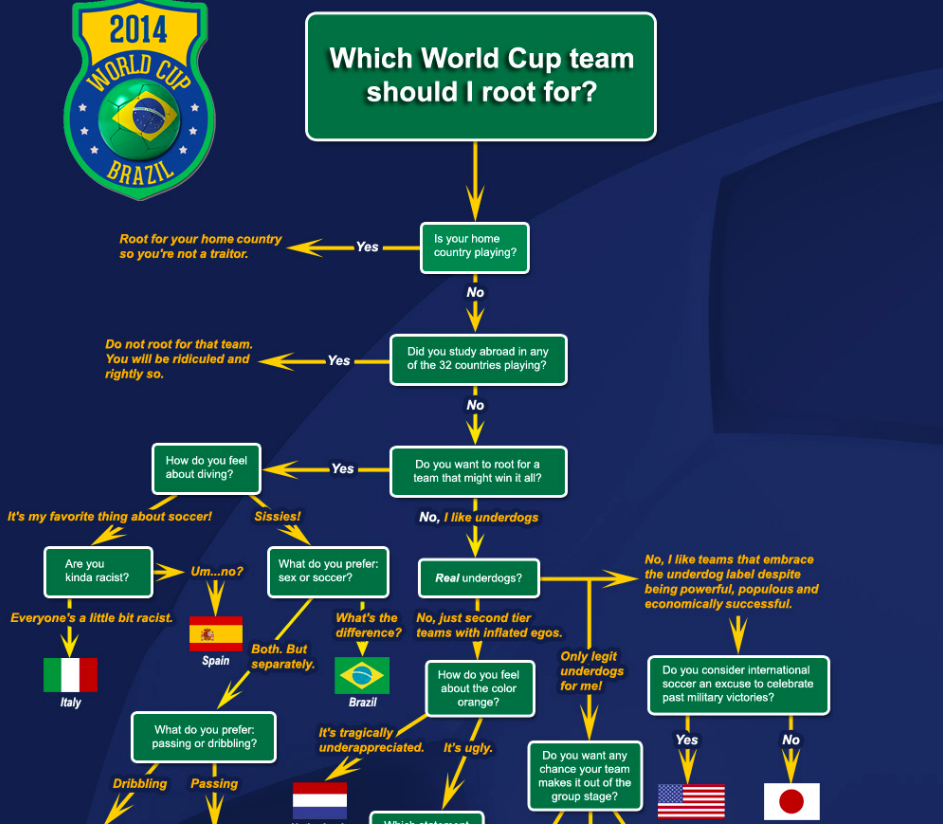 It’s too big to get a clear shot of the whole thing, so please check out Sports On Earth for the full chart.Â  I hope they do a 2018 one too!Â  If you’ve come across an equivalent one for this year, please let me know in the comments.

I was a big fan of the Germans for the last couple of World Cups.Â  They finally won the last tournament so maybe I’ll switch sides this time around.Â  That said, it’s Costa Rica that has totally captured my heart with their indomitable spirit.Â  Underdogs in every sense, they defied the odds last time and made it all the way to the quarter finals.Â  I’ll back them in every game they play. 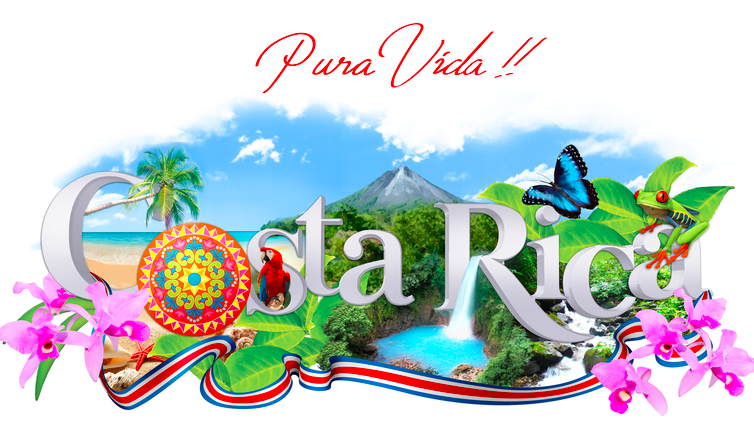 Want to take in some of the first games of the tournament before you make your decision?Â  Here’s the schedule for this weekend’s games.Â  You’ll enjoy the host nation’s opening game today.Â  Tomorrow evening, you can check out two European greats.Â  Get your act together this year Spain!Â  The land of Messi and Maradona (some may know that country as Argentina) makes an appearance on Saturday.Â  The other South American giant, Brazil, plays on Sunday, after the matches featuring Costa Rica and Germany. 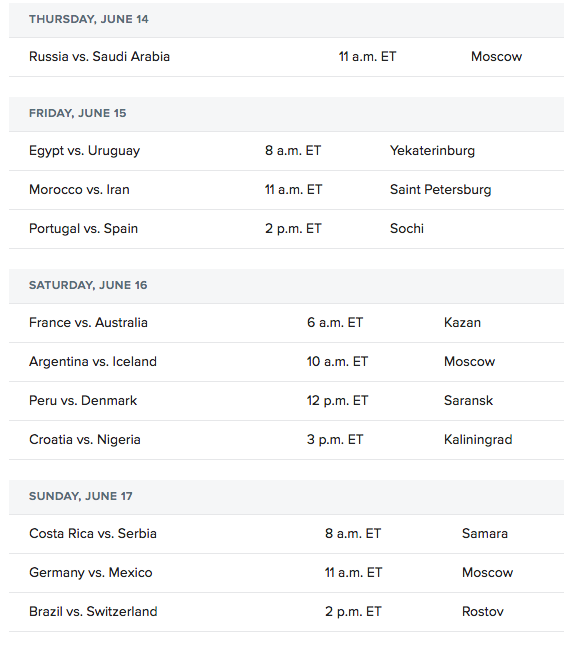 So, who’s won your support for football’s greatest prize?