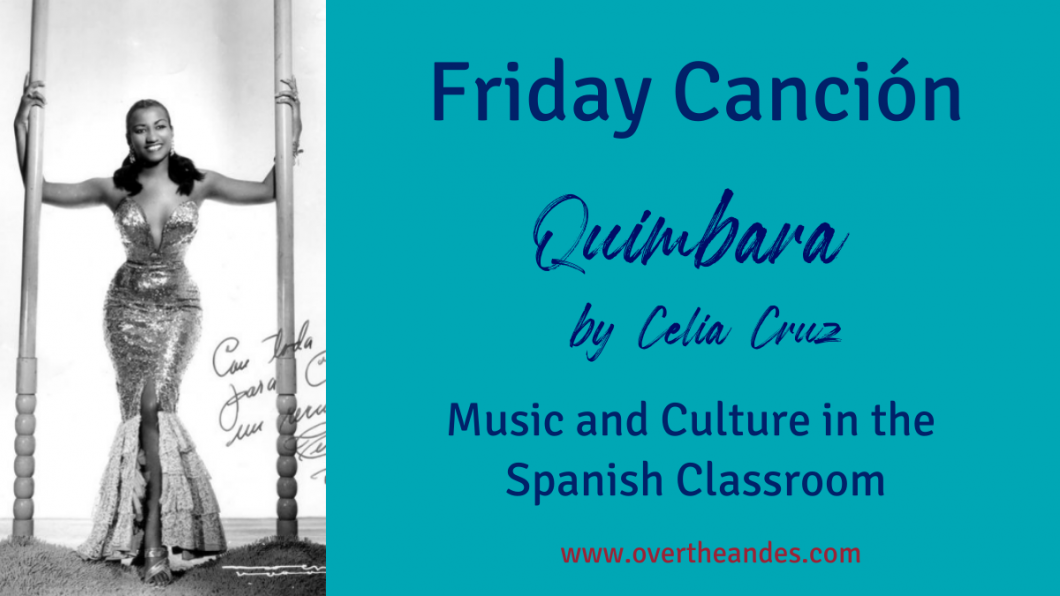 It’s almost the weekend, so how about some music to get your feet tapping?  I’ve got a Friday Song for you. One that screams SALSA!

Celia de la Caridad Cruz Alfonso (1925-2003) was a Cuban-American singer and the most popular Latin artist of the 20th century, gaining twenty-three gold albums during her career. She emerged as a central figure within New York’s vibrant salsa scene in the 1970s and was renowned internationally as the “Queen of Salsa” as well as “The Queen of Latin Music”. U.S. President Bill Clinton awarded her the National Medal of Arts in 1994. The video above is from a 1974 performance in Zaire.

I couldn’t dance my way out of a paper bag but, thankfully there are many others who have the gift. Here’s a video of some pros dancing the salsa to Celia’s well-known Quimbara.

Hope you enjoyed and I hope you have a great weekend!