My favourite teams this World Cup are Costa Rica, Germany, Mexico and Argentina… I kinda like France too… so many to choose from.

Interestingly, the first team that I can recall supporting is Brazil.Â  I remember a World Cup final match from my childhood when my cousins and I sat in front of a television set chanting Bra-zil, Bra-zil, Bra-zil over and over again.Â  Don’t think for a moment that we had been some sort of avid sports fans or anything.Â  We’d just spent the whole week trying to get in as much outside play as possible and the idea of sitting inside to watch a football game was ludicrous!Â  But the adults wanted to watch the big finale and thought us safer kept indoors under the watchful eye of an older cousin.Â  We didn’t even actually care who won. The older cousin was backing the other team and we just wanted to annoy her enough that she’d send us outside… mission accomplished!

Childhood antics aside, Brazil is really an incredible team to support with a prolific football history.Â  I’ve compiled a short list of 10 facts related to Brazil’s World Cup endeavours.Â  Hope you enjoy and maybe learn something new!

1Â  Brazil is the only side to have appeared in every World Cup since its inception back in 1930.

2Â  The World Cup has been played 20 times, Brazil holds the most titles with five. Italy and Germany are close behind with four each.

3Â  Brazil has hosted the World Cup twice; most recently in 2014 and also in 1950. On the heels of World War II, both Germany and Japan were still under occupation and not allowed to qualify for the 1950 tournament.

Some not so amazing facts (from Brazil’s perspective)â€¦

5Â  Brazil has had the most red cards in the history of the competition (11), with Argentina (10) and Uruguay (9) not far behind.

6Â  In 2014, at the Estadio Mineirao, against (eventual tournament victors) Germany, Brazil fell to a 7-1 defeat – the largest semi-final loss in World Cup history; and on home soil! Ouch!

7Â  Brazilian football wonder Ronaldo and Germany’s Miraslov Klose jointly hold the record for most goals scored in multiple World Cup tournaments. Both players have managed to slip 15 goals past the keeper. 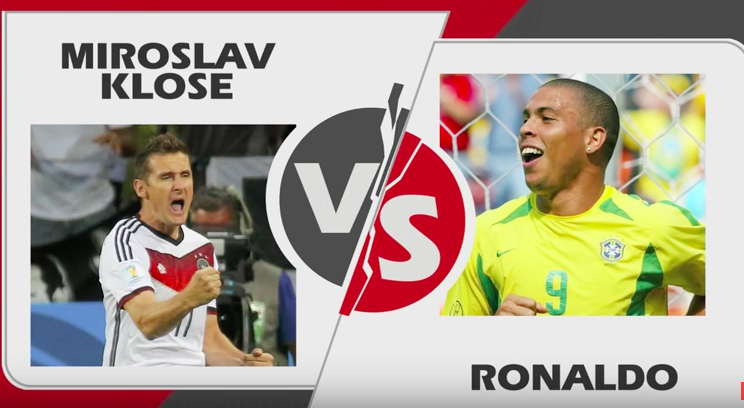 8Â  Ronaldo is one of only three players to win the FIFA World Player of the Year three or more times.Â  It took Ronaldo 19 matches in 3 World Cup tournaments while it took Klose 20 matches in 4 different tournaments.

9Â  PelÃ© is the only footballer to have been on three World Cup winning teams. He was part of the Brazilian national teams that won World Cup championshipsÂ in 1958, 1962, and 1970.

10Â  After the 1958 World Cup, PelÃ© was declared a national treasure by the Brazilian government in order to ward off large offers from European clubs and ensure that he would remain in Brazil.

Maybe we can check out Argentina next?