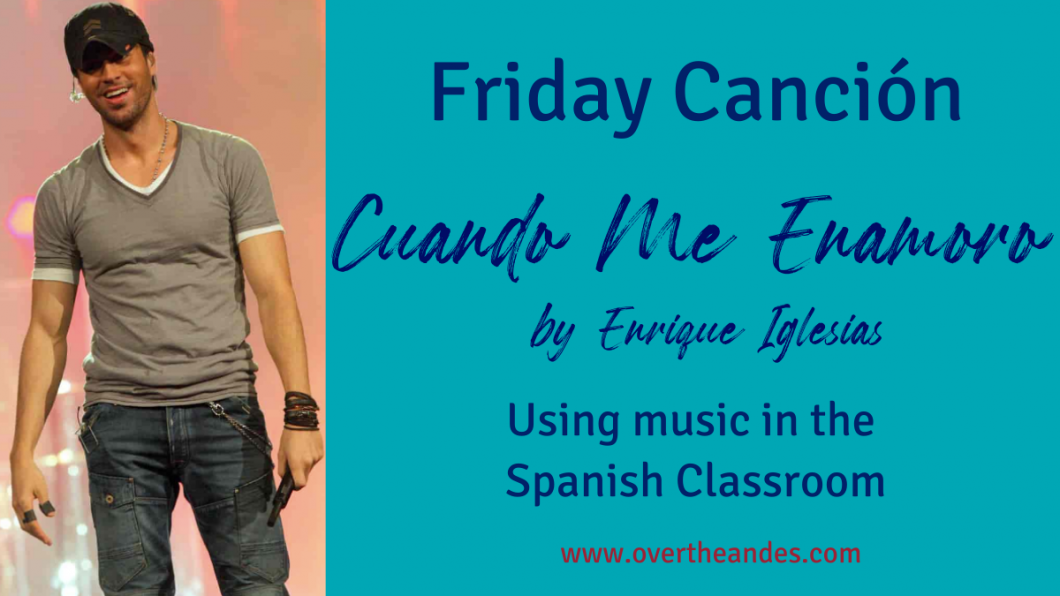 It’s almost the weekend again and I’ve got a Friday Song for you.

I must say I love me some Enrique.  My husband also insists Enrique looks a lot like him. I say they both trace their roots back to the Iberian Peninsula… ? Gotta be nice, it’s my birthday tomorrow after all.

Speaking of Enrique’s origin, he’s from Spain and speaks Castilian Spanish.  If you listen carefully in the song above at minute 0.58 he sings the word veces (times) and makes the distinctive Castilian ‘th’ sound for ‘c’… and again in the word lucero (bright star) at minute 1.02.

Use as a listening exercise: The slow rhythm of this song, the clear pronunciation of the lyrics and the ‘cleanliness’ of the lyrics, make this a good song to use in the classroom.  Students could try to identify the reflexive verbs or the subjunctive verbs.

This version of Cuando Me Enamoro is listed as a song perfectly suited to dancing the rumba.  The rumba or rhumba is a sensuous dance and music style with ties to Cuba.  Interestingly, ballroom rumba differs significantly from Cuban rhumba both in its music and dance.  Rumba was the primary marketing term for Cuban music in North America.

The video below shows pros dancing the ballroom rumba. Now there’s one I’ll never be able to do!