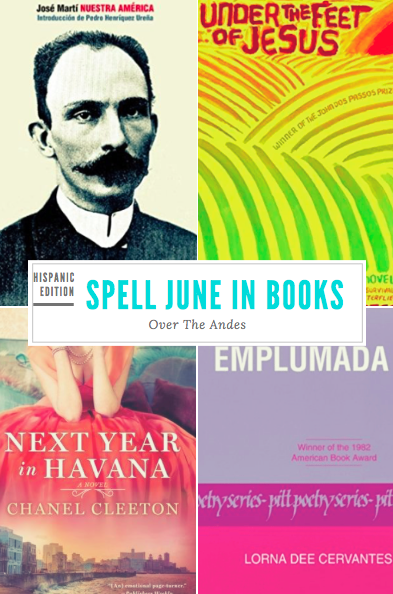 U- Under the Feet of Jesus by Helena Maria Virmontes

N- Next Year in Havana by Chanel Cleeton 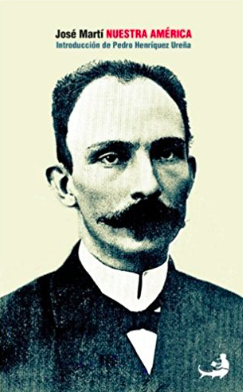 Considerable attention has been given to Cuban poet, essayist, and activist JosÃ© MartÃ­’s 1891 essay â€œNuestra AmÃ©rica.â€Â  MartÃ­, aÂ Cuban exile from 1881 to 1895, was a correspondent writing in New York for various Latin American newspapers. Grasping the significance of rising U.S. imperial power, he came to understand the Americas as a complex system of kindredâ€”but not equalâ€”national formations whose cultural and political integrity was threatened by the United States.Â  Â This essay is a critical analysis of a historical situation and a reflective discussion on how to bring about social change in a threatened Latin America. 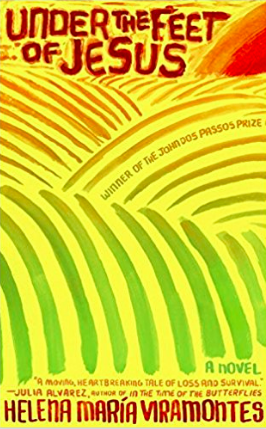 A moving and powerful novel about the lives of the men, women, and children who endure a second-class existence and labor under dangerous conditions as migrant workers in California’s fields.

At the center of this powerful tale is Estrella, a girl about to cross the perilous border to womanhood. What she knows of life comes from her mother, who has survived abandonment by her husband in a land that treats her as if she were invisible, even though she and her children pick the crops of the farms that feed its people. But within Estrella, seeds of growth and change are stirring. And in the arms of Alejo, they burst into a full, fierce flower as she tastes the joy and pain of first love. Pushed to the margins of society, she learns to fight back and is able to help the young farmworker she loves when his ambitions and very life are threatened in a harvest of death.

Infused with the beauty of the California landscape and shifting splendors of the passing seasons juxtaposed with the bleakness of poverty, this vividly imagined novel is worthy of the people it celebrates and whose story it tells so magnificently. The simple lyrical beauty of Viramontes’ prose, her haunting use of image and metaphor, and the urgency of her themes all announceÂ Under the Feat of JesusÂ as a landmark work of American fiction.

Winner of the John Dos Passos Prize for Literature 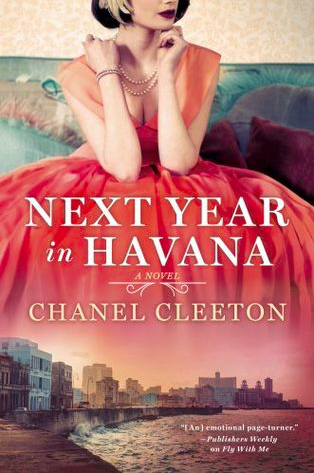 After the death of her beloved grandmother, a Cuban-American woman travels to Havana, where she discovers the roots of her identity–and unearths a family secret hidden since the revolution…
Havana, 1958. The daughter of a sugar baron, nineteen-year-old Elisa Perez is part of Cuba’s high society, where she is largely sheltered from the country’s growing political unrest–until she embarks on a clandestine affair with a passionate revolutionary…
Miami, 2017. Freelance writer Marisol Ferrera grew up hearing romantic stories of Cuba from her late grandmother Elisa, who was forced to flee with her family during the revolution. Elisa’s last wish was for Marisol to scatter her ashes in the country of her birth.
Arriving in Havana, Marisol comes face-to-face with the contrast of Cuba’s tropical, timeless beauty and its perilous political climate. When more family history comes to light and Marisol finds herself attracted to a man with secrets of his own, she’ll need the lessons of her grandmother’s past to help her understand the true meaning of courage. 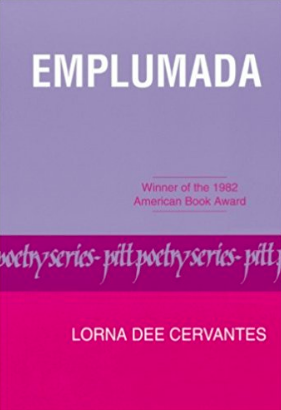 EmplumadaÂ is Lorna Dee Cervantes’s first book, a collection of poems remarkable for their surface clarity, precision of image, and emotional urgency.Â  Rooted in her Chicana heritage, these poems illuminate the American experience of the last quarter century and, at a time when much of what is merely fashionable in American poetry is recondite and exclusive, Cervantes has the ability to speak to and for a large audience.

I really do have to find some time to write my review of Next Year in Havana. I thought it was a refreshing look at an often romanticised past and present.Â  It was both critical and respectful.Â  Not an easy task!

Hope you have a great week!!!