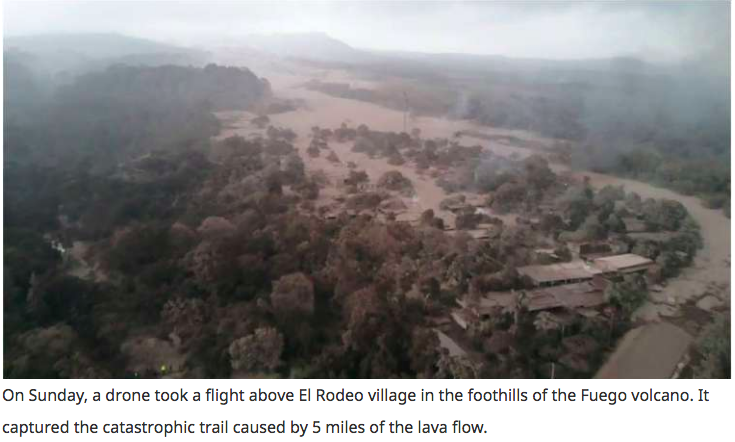 Check NYTimes for side by side before and after photos.

You can read my original post on the El Fuego eruption here.

For Pacaya, like El Fuego, mild lava eruptions are frequent and normal.Â  The constant activity of these volcanos is what made nearby residents and authorities not take immediate action when El Fuego gave the first signs of a possible violent eruption.Â  That resulted in over a hundred fatalities and a national emergency.Â  Â Residents living near Pacaya will hopefully not suffer a similar fate.Â  The increased activity has spurred residents to demand that the responsible authorities provideÂ an update on the risks. Nearby communities are being kept on alert.

Thousands of people have been forced to abandon their lands, many of them are currently living in overpopulated and unsanitary temporary refuges, while trying to cope with the trauma of losing some of their close relatives.Â  Farmers from the region lost their harvests to the volcanic ash.Â  Food security is the region is now threatened.