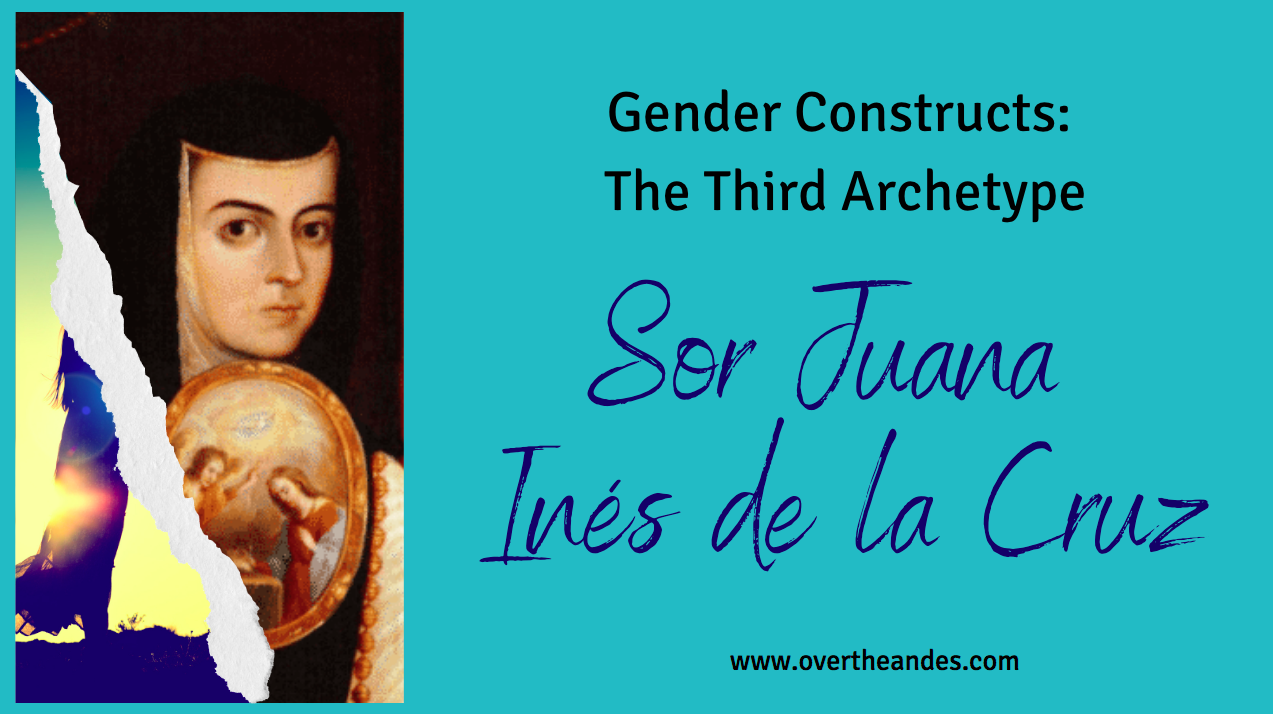 In previous articles we explored the issue of gender in Latin America and how specifically women were/ are confined within two pre-determined gender constructs. Women are judged to be perfect marianistas, embodying all the positive attributes of femininity as inspired by the Virgen de Guadalupe.  Failing to achieve such perfection, women risk being associated with the negative attributes of femininity prescribed by La Malinche.

Sor Juana gives us a potential third construct by which to define women.  This construct separates the intellectual and artistic woman from the maternalistic female or the tainted female figures personified by Guadalupe and Malinche.

Sor Juana was born in San Miguel Nepantla, Tepetlixpa (now called Nepantla de Sor Juana Ines de la Cruz in her honour) in 1651 in New Spain (Mexico).  Being a woman, and born out of wedlock, Sor Juana had limited access to formal education but possessed a limitless desire to learn. So dedicated to study she was that she became a self-taught scholar and student of scientific thought, philosopher, composer, and poet of the Baroque school.

It is said she wished “to have no fixed occupation which might curtail my freedom to study,” and for this reason, in 1667, Sor Juana began her life as a nun.  She moved to the Convent of San Geronimo (St. Jerome) in Mexico City, in 1669 where she remained cloistered for the rest of her life.

Sor Juana is widely noted for her defence of women’s rights especially in a world structured according to masculine sensibilities.  Many of her plays include brave and clever women, and her famous poem, “Hombres Necios” (“Foolish Men”), accuses men of behaving illogically by criticizing women after the women have simply acquiesced to their demands.

For plain default of common sense,
could any action be so queer
as oneself to cloud the mirror,
then complain that it’s not clear?

Whether you’re favoured or disdained,
nothing can leave you satisfied.
You whimper if you’re turned away,
you sneer if you’ve been gratified.

With you, no woman can hope to score;
whichever way, she’s bound to lose;
spurning you, she’s ungrateful–
succumbing, you call her lewd.

Sor Juana actually led a rather privileged life prior to entering the convent, as the illegitimate daughter of a Spanish born nobleman and a Mexican born Spanish woman.  She was regarded as a beautiful and highly intelligent child.  At the age of 15, Sor Juana became a lady-in-waiting at the viceregal court where she entertained nobles with her poetry and theatrical works.

For her progressiveness and desire to achieve education for women, Sor Juana raised societal and religious ire. She had no desire at all to be married.  She veered off the course for a woman of her time by relinquishing her fate of being a wife, the ultimate goal for women, and deciding to pursue studies. In her autobiographical account, in defence of her scholarly pursuits, she explains that she rejected marriage and chose the convent so that she could continue to study.  She was labeled homosexual to put some sense to her ‘strangeness’. Although she chose the convent as a way to continue her studies uninterrupted, she also infuriated church elders at times with her secular studies and writings and unwavering commitment to promoting an image of women not subservient to family and men.

Today, however, Sor Juana is celebrated and recognised for her invaluable contribution to Mexican culture, identity and women’s rights.  In fact, she even has her own Mexican currency note.

Words from one of Sor Juana’s most famous poems appears in tiny print on the face of the 200 peso note.  To conclude this brief introduction to Sor Juana Inés de la Cruz, I’ve included the poem below, in both Spanish and English.

You can read the poems at PoemHunter.com