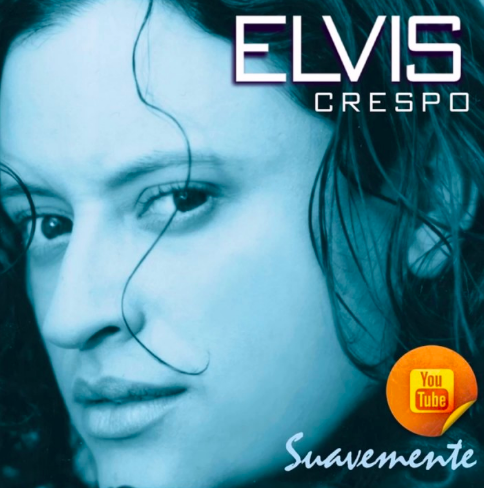 It’s almost the weekend once again and it’s time to get moo-oo-oo-ooving!Â  Today’s canciÃ³n de viernes is Suavemente.Â  But I’m giving you two versions of this song and you can tell me which one is your favourite.

The first video is the original version version by Elvis Crespo.Â  Named after the famous Elvis Presely, Crespo was bornÂ inÂ New York City.Â  However, he grew up in Guaynabo,Â Puerto Rico, where he spent his childhood and adolescent years.Â  In 1998 he decided to pursue a solo music career.Â  In that same year he released Suavemente.Â  It was an unexpected hit in the United States, thanks to its crossover appeal to English speakers, particularly in New York and Miami.Â  Suavemente dominated the Latino music charts and set a record for holding the top position on Billboard’s Hot Latin Tracks chart for six weeks.

Crespo’sÂ SuavementeÂ has merengue and bachata roots.Â  This song helped to popularise merengue in the United States.Â Â Merengue is aÂ traditional folk dance originally from the Dominican Republic.Â  The musicÂ is in 2/4 time (1-2-1-2), which gives a marching feel to it.

Latin music pioneers (relatively speaking) like Elvis Crespo, paved the way for “dance-pop” with a Latino flair for future generations.Â  Â Video two showcases a unique trio: American singer-songwriter Nayer, Swedish-Congolese singer-songwriter Mohombi and American rapper Pitbull.Â  The song is titled in both Spanish and English Suave/ Kiss Me and makes use of the well-known Suavemente call from Crespo’s song.

The video is certainly more modern and much steamier than Crespo’s!

It may be the cheesier video but Elvis Crespo’s original Suavemente, for me, is the clear winner!

If you want to see the lyrics/ letras for Suavemente translated, check out this video.

And what about you?Â  Which version is your favourite?