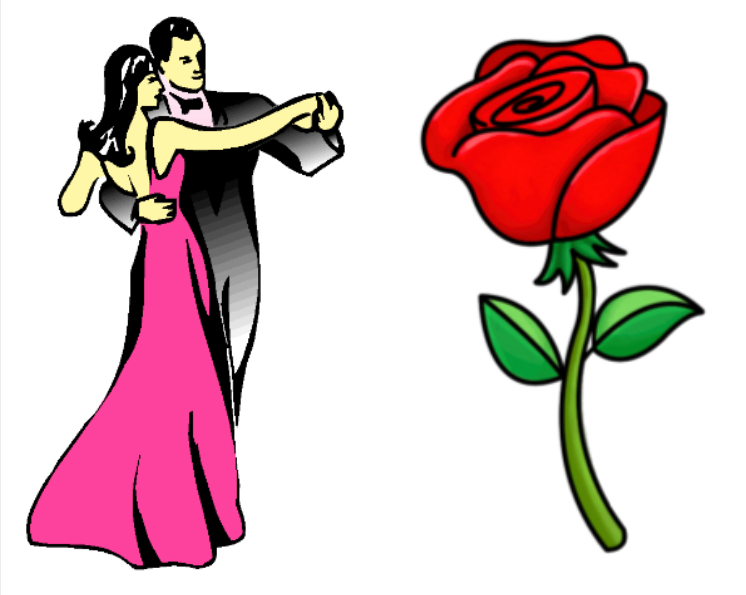 Are you ready for some sweet Spanish music to touch your heart?Â  I’ve got a Friday Song for youâ€¦

This one is a lot slower and more poetic than past Friday Canciones.Â  Today’s song also comes with a brief history lesson on The Argentine Tango. 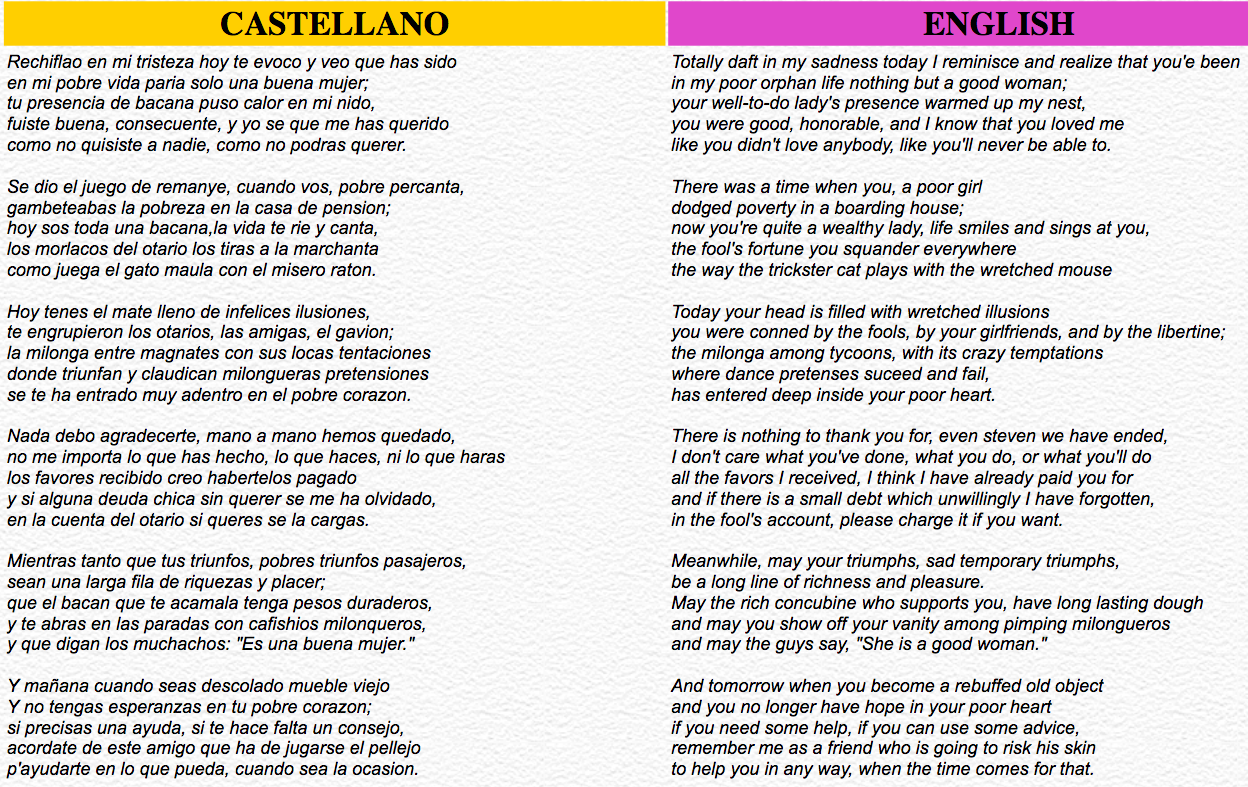 *milongo/ milonguero: (related to milonga which is a pre-cursor to the Argentine Tango) Also milonga/ tango dancer/ singer/ aficionado

A Brief History of the Argentine Tango

Although the Tango is associated with the early 20th century, this partnered dance originated in the 1880s along the River Plate (RÃ­o de Plata-Â the natural border between Argentina and Uruguay). The tango is a melting pot of cultures and traditions from around the world.Â  It has elements of the German Waltz, Czech Polka, Polish Mazurka, and Bohemian Schottische plus the Spanish-Cuban Habanera, African Candome, and Argentine Milonga.

It was a dance of the poor and the working class, originating in the impoverished port areas where natives mixed with the slave descendant and European immigrant populations.

The early 20th century saw the rise of the Tango in the Argentinian capital, Buenos Aires.Â Â At this time there was a wave of European migration to the Southern Cone and thousands of immigrants washed into the city.Â  There were also smaller numbers of immigrants coming in from the African continent and even more from other parts of the world.Â  The slums of Buenos Aires became home to a homeless people trying to establish new roots in a foreign land.Â  It was a city of strangers. Â Near the city’s sea ports were the places these poor, uneducated â€œstrangersâ€ could drown their sorrows in the plentiful bars and brothels. It was in this tumultuous, emotional, marginalised and stigmatised environment that the Tango was born.

The Tango of these early years was not the expertly choreographed, well-received dance we know today.Â Â The dances were mostly improvised and often a combination of dance and wordless theatre. There were no lyrics to the original tango music. Reflecting the realities of its environment, the dance was sexually charged, utilising significant body contact, and was a representation of the relationship between a pimp and a prostitute. Â There was also the element of two men duelling over a woman.Â  One man is killed and the victor claims the woman, who is no more than a prize in this game.Â  In this regard, the Tango reflected another aspect of Argentinian society- its patriarchal and machista character.

The Tango would eventually be exported to Europe and the United States.Â  The “ballroom style” was implemented with less body contact between partners, to make it less scandalous.Â  Once the dance became popular in European dance society, middle and upper class Argentinians felt free to claim it as well.Â  The dance, once thought to be crass and vulgar, is now associated with glitz, glamour and elegance.

The Tango has also become a cultural symbol of Argentine culture.Â Â For the 1978 FIFA World Cup in Argentina, Adidas designed a ball and named it Tango, possibly as a tribute to the host country of the event.

Hope you enjoyed this little history lesson on The Tango.Â  I’ll leave you with a dance byÂ Miriam Larici & Leonardo Barrionuevo.

Have a great weekend!!