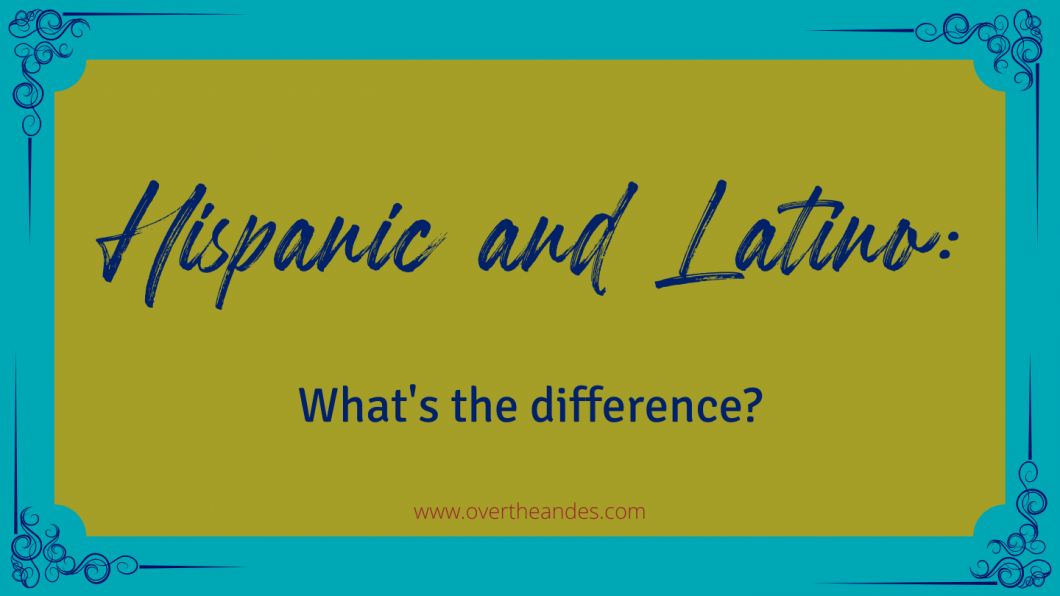 You’ve heard the terms Latin American, Hispanic and Latino. Some might believe that they’re pretty much the same… they are NOT.  So what is Latin America? And where does the term Hispanic fit in?

Take a look at this…

Hopefully, by the end of this you’ll have a better idea of who and what is included within the definitions of Latin American and Hispanic.

As a very wide generalisation, Latino is used to denote people of geographic Latin American origin and Hispanic refers to the people of Spanish-speaking countries of that geographic area, but can also refer to people from Spain. Despite the different origins of the terms Hispanic and Latino, both terms are often used interchangeably, particularly in the United States, and that is the root of some confusion over the terms.

One of my university professors once explained to our class that Latin America is a geographic term and Hispanic is a cultural term. It’s a fairly straightforward explanation for a topic that has triggered many a debate.

In this segment I’ll try to clarify what is meant by the terms:

The ideas, customs, beliefs, arts and social behaviours of a particular racial, religious or social group or society. Culture is derived from the Latin words cultura (cultivation) and colere (to cultivate).

Definition of Latino and Latin America:

Latin America refers to those countries that won their independence from Spain or Portugal.

Latin America includes parts of two continents and two hemispheres (North and South). It stretches from Mexico in the north through Chile and Argentina in the south. The Caribbean is often considered part of Latin America as well.

Puerto Rico, which is still a US protectorate and not an independent nation, is part of the Caribbean and Spanish is the predominant language. Many Puerto Ricans will therefore identify as Latino and Hispanic.

*Note Central American nation Belize (former British Honduras), is a predominantly English speaking country which won independence from Great Britain and is NOT considered to be Hispanic or Latin American. Similarly South American Guyana and Suriname (former British and Dutch colonies respectively) are not considered Latino.

Hispanic comes from the word Hispania which was the ancient Roman name of the Iberian Peninsula (current day Spain, Portugal, Gibraltar and Andorra. Hispanus was the Latin name given to a person from Hispania during Roman rule. 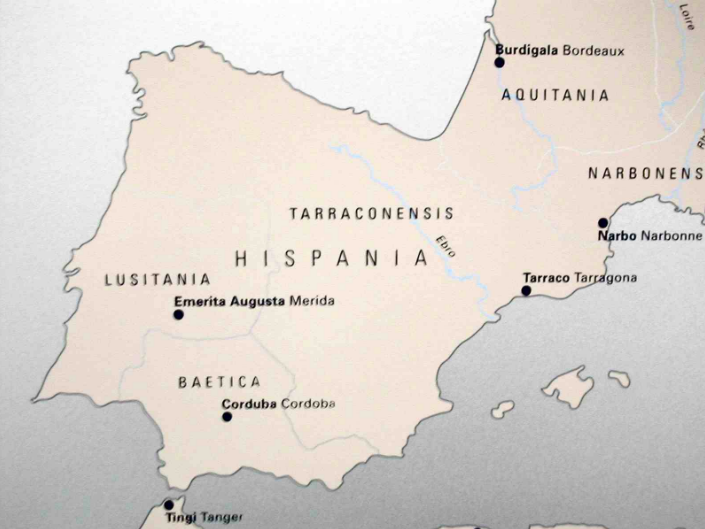 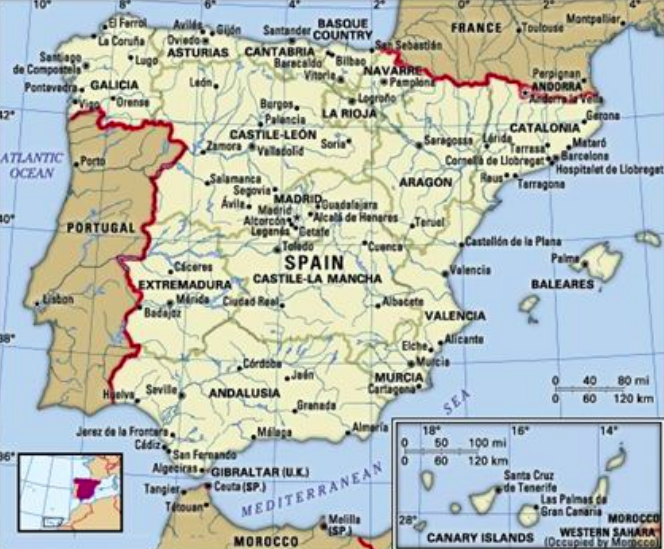 In Portugal, Hispanic can refer to something related to ancient Hispania, Spain or the Spanish language and culture. In Spain, the word Hispanic has been used throughout history for many purposes, including drawing a contrast to the Moors and differentiating explorers and settlers. One of the first usages of Hispanic in the United States was in the 1970 government census to identify people living in the United States who are of Latin American descent.

Today Hispanic is widely accepted across the U.S. as a term to describe the culture and people from Spanish-speaking, Latin American countries. The Spanish speaking countries across the Americas are thus referred to as Hispanic America.

However, there has been criticism of the use of the word Hispanic to describe those of Latin American origin. As the word Hispanic relates to European Spain, it is seen to disavow the legacy of the indigenous peoples.

Perhaps far more contentious is the habit of some to interchangeably use the terms Hispanic culture and Spanish culture.  That’s a big No-No. Hispanic can be considered the culture consisting of the heritage and beliefs of the Spanish speaking people with Latin American roots. Spanish culture, on the other hand, describes the customs and traditions of those whose roots lie in European Spain. Flamenco is Spanish but the Tango is Hispanic.

So what is Hispanic Culture?

Hispanic or Latino culture encompasses the traditions, language, idioms, religious beliefs and practices, legends, arts, music, literature, cuisine, history, social and family values of the Hispanic people. As you can imagine, within that context, there is a tremendous amount of cultural diversity.

And there are two more terms you may have come across to describe this same group.

This is a term adopted by Mexican-Americans to identify themselves. It came into more popular and positive use during the Chicano Movement of the 1960s. Prior to this time, it was viewed as a negative and archaic term. Today, however, it is used to put an emphasis on the indigenous and mestizo character of the Mexican people. It is a symbol of pride to Mexican-Americans, whose culture is a syncretism of European and Indigenous cultures.

-Many Chicanos replace the ch with the letter x, forming Xicano, due to the original spelling of the Mexica Empire. In the United States, some Mexican-Americans choose the Xicano spelling to emphasize their indigenous ancestry (Revilla, Anita Tijerina).

At the end of it all we also have the newer word Latinx which is the gender-neutral option that removes the masculinization of the term Latino. Latinx therefore tries to represent a linguistic and geographic heritage while embracing a more egalitarian treatment of men and women.

To conclude, which term should you use? It depends on the context in which the word is used. Also, if you are speaking to a person who identifies as Hispanic/ Chicano/ Latino/ Latinx, just ask them which one they prefer! That could lead you into a very interesting discussion. 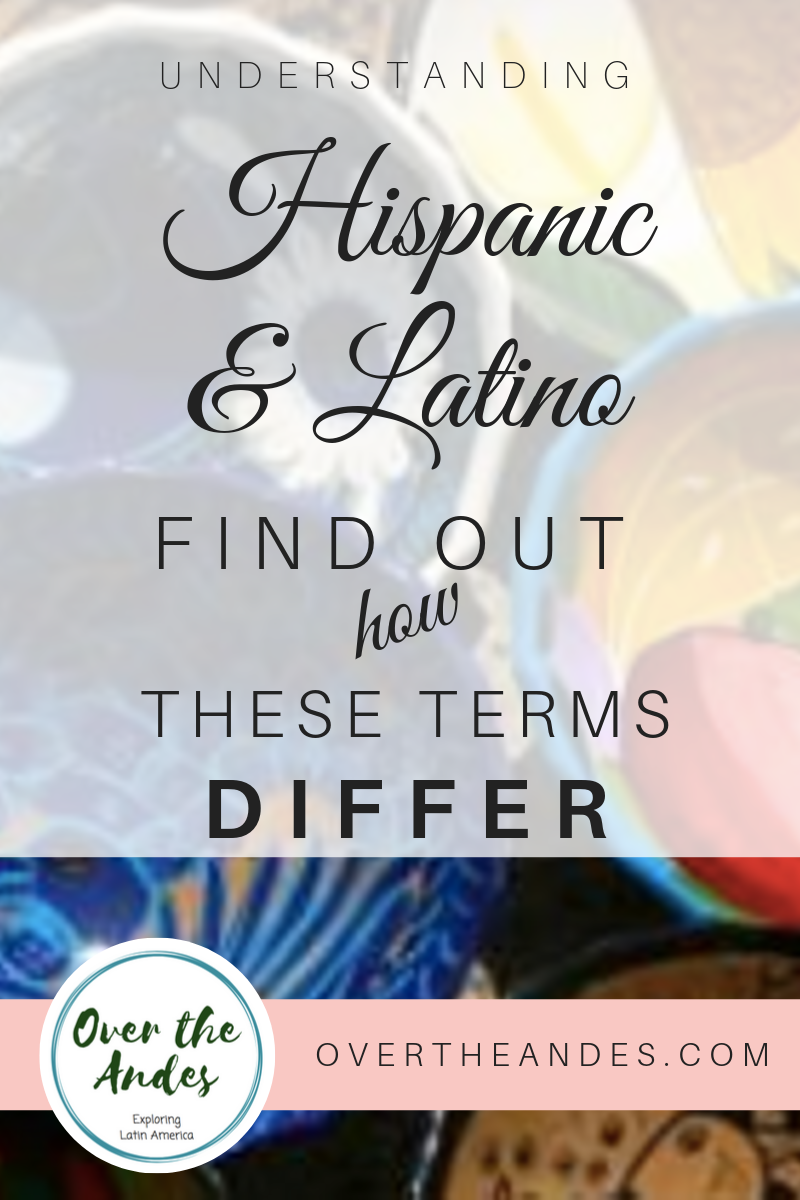