Welcome back to Friday CanciÃ³n!Â  Today’s weekend starting, foot tapping tune is one most should easily recognise…

Every time I hear this song it makes me happy and makes me want to dance.Â  I so wish I had better coordination! The song has both Samba and Flamenco elements and is used by dancers of both.Â Â The Gipsy Kings’ members are from Southern France but they trace their family roots to gypsies from Spanish Catalonia who fled to France during the Spanish Civil War of the 1930s.Â Â Their music is known for its Catalan rumba and rumba flamenca styles infused with pop-rock influences.

BambolÃ©oÂ by The Gipsy Kings 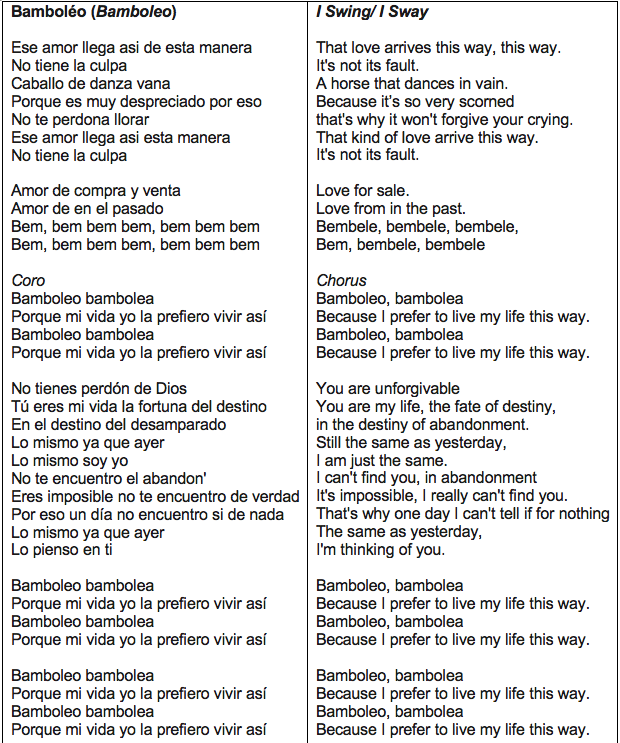 This widely recognised and acclaimed song was released in the US in July of 1987.Â  Â BambolÃ©o was writtenÂ by Gipsy King members Tonino Baliardo, Chico Bouchikhi and Nicolas Reyes but part of the song is an adaptation of a 1980 Venezuelan folk song Caballo Viejo by SimÃ³n DÃ­az.

I like both songs but the one that gets me up and on my feet is the Gipsy Kings song!

Have a lovely weekend!Â  What are you listening to?