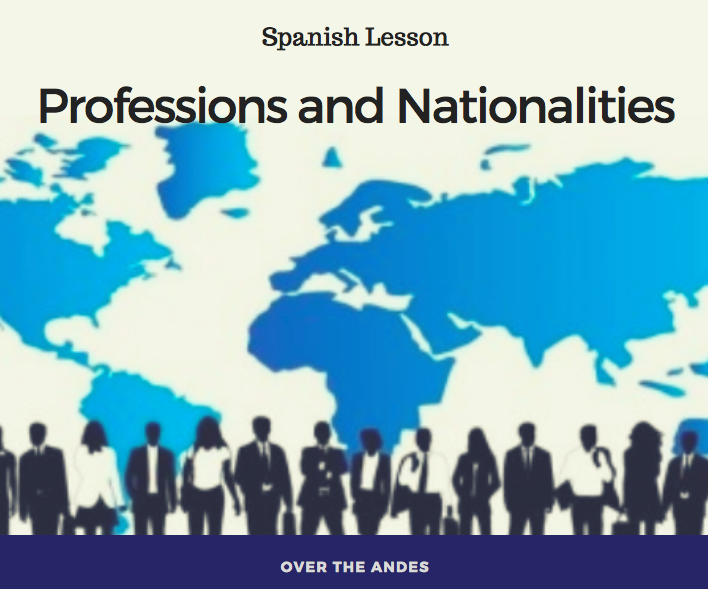 This list includes Spain and the Latin American countries.

A few other countries..

How to ask and answer about Nationality

In Spanish, nouns are considered to be either masculine or feminine. Often, when a noun ends in â€œoâ€ it is masculine and, when it ends in â€œaâ€, it is feminine.Â  But this is a very loose generalisation and there are MANY exceptions.
A nationality is considered an adjective, describing a person.Â  Adjectives agree with nouns in gender and number.Â (We’ll go more into that in a future lesson)

SinceÂ nationalitiesÂ areÂ adjectives, they must change to agree with the person(s) being described.

Note: In Spanish the nationality is written with a common letter when it is NOT at the start of a new sentence.

Remember to adjust the nationality according to your chosen gender.

Note: some of the professions (example cantante and policÃ­a) use the same word for both the male and female forms.Â  The definite article (el/ la) indicates the gender of the person.

I am a teacher

Note: Even though in English we say “I am a teacher”, in Spanish the “a” is not used.

Soy carpintero. âˆš Â (I am a carpenter)

It is incorrect to say “Soy un carpintero”

I’ve included a worksheet for you to practice the vocabulary and grammar learnt over the last few lessons.Â  You already learnt how to give your age and birth date.Â  Today you learnt how to say your profession and nationality.Â  Download the worksheet and put your knowledge into practice! 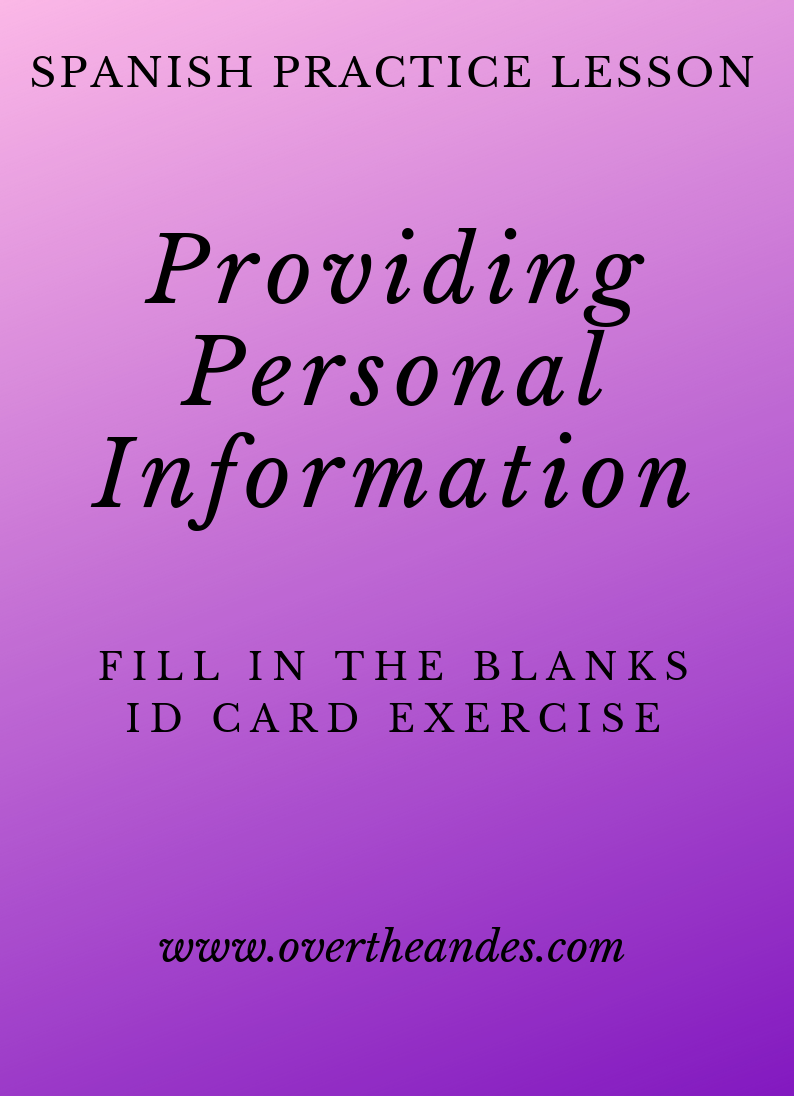 Leave a note in the comments to let me know how you did. 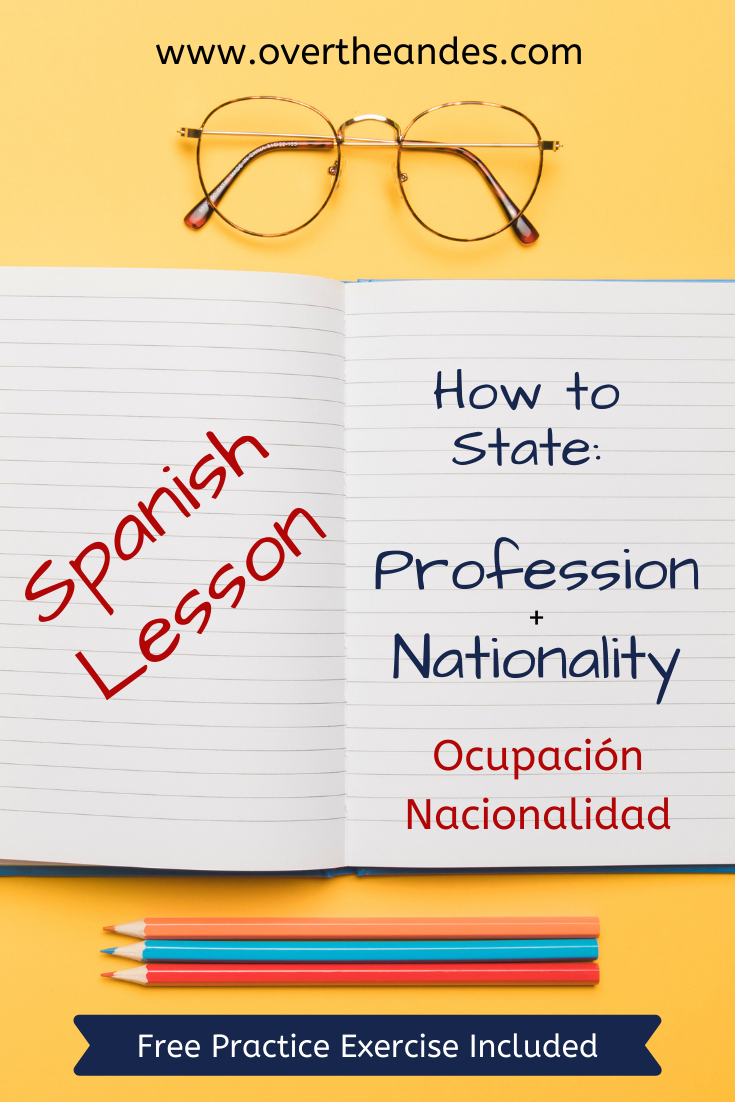