Having studied Spanish for many years and French for some, I keep promising myself to return to French for a bit to get that language back up to at least a conversational level.Â  But time constraints and other priorities have held that goal back, c’est la vie.

As if that isn’t bad enough, I also want to learn Portuguese.Â  My rationale is that as a Latin American Studies knowledge seeker and teacher, I should definitely know the second most widely spoken language in the region.Â  According to babbel.com,Â Â Portuguese is estimated to have aroundÂ 220 millionÂ native speakers and up to 260 million total speakers. It’s the sixth most natively spoken language in the world and, after Spanish, it is the second most spoken Romance language.

I think I have many years of language learning in my future and I love it.Â  Spanish, French, Portuguese then maybe Italian or Dutch???Â  And there’s the indigenous Guarani language…Â  What about you?Â  What languages would you like to learn or improve?

While reading more about good reasons to study Portuguese, I across a wonderful article written by Suzie, The Wandering Linguist.Â  As a life long language student, Suzie has lots of great content about language learning on her blog.Â  Please do check her out.Â  Â In this article she chats about her reasons for learning Portuguese and why she enjoys it so much.Â  Take a look and see if any of her reasons resonate with you.Â  Maybe you’ll be inspired to add Portuguese to your language list! 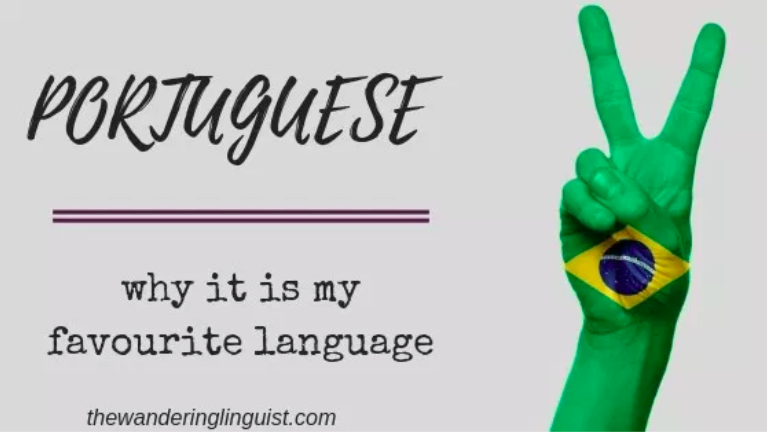 via:Â  WHY PORTUGUESE IS MY FAVOURITE LANGUAGE