The Cuban Missile Crisis began on October 15, 1962 with the US discovery of the USSR’s building of medium-range missile sites in Cuba.Â  The resulting stand-off between the world’s two opposing super powers would not end until November of the same year. 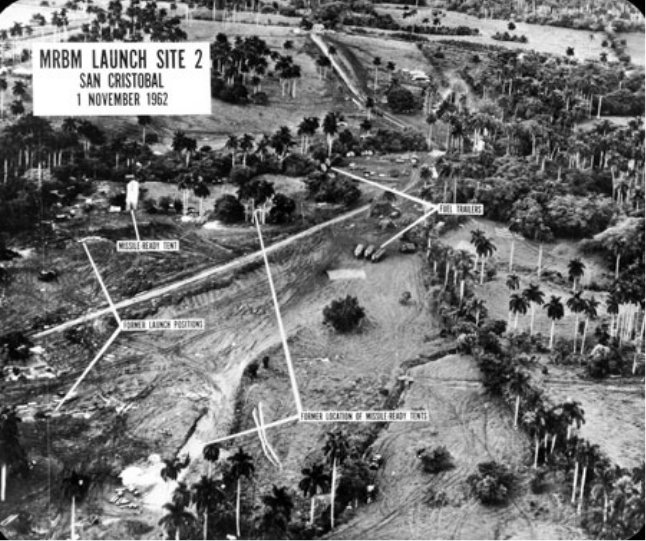 On October 22, 1962, President John. F. KennedyÂ announced, in a televised speech to the United States, that spy planes had discovered the Soviet missile bases in Cuba.Â  These missiles had the potential to reach any number of major US cities.Â  In retaliation, JFK sanctionedÂ a naval quarantine of Cuba to prevent Russian ships from delivering any more offensive weapons to the Caribbean island.

Aggressive threats and manoeuvres on both sides led to several tense weeks where the world awaited a, seemingly inevitable, nuclear showdown.Â  In November secret and public deals were made between the United States and the USSR.Â  The Soviets would remove all nuclear capabilities from Cuba in exchange for a U.S. pledge not to invade Cuba.Â  Behind the scenes, the US also removed missile bases in Turkey (conceding to a Russian request).

The world returned to as close to a state of peace as manageable during the Cold War period.

Office of the HistorianÂ (featured image)