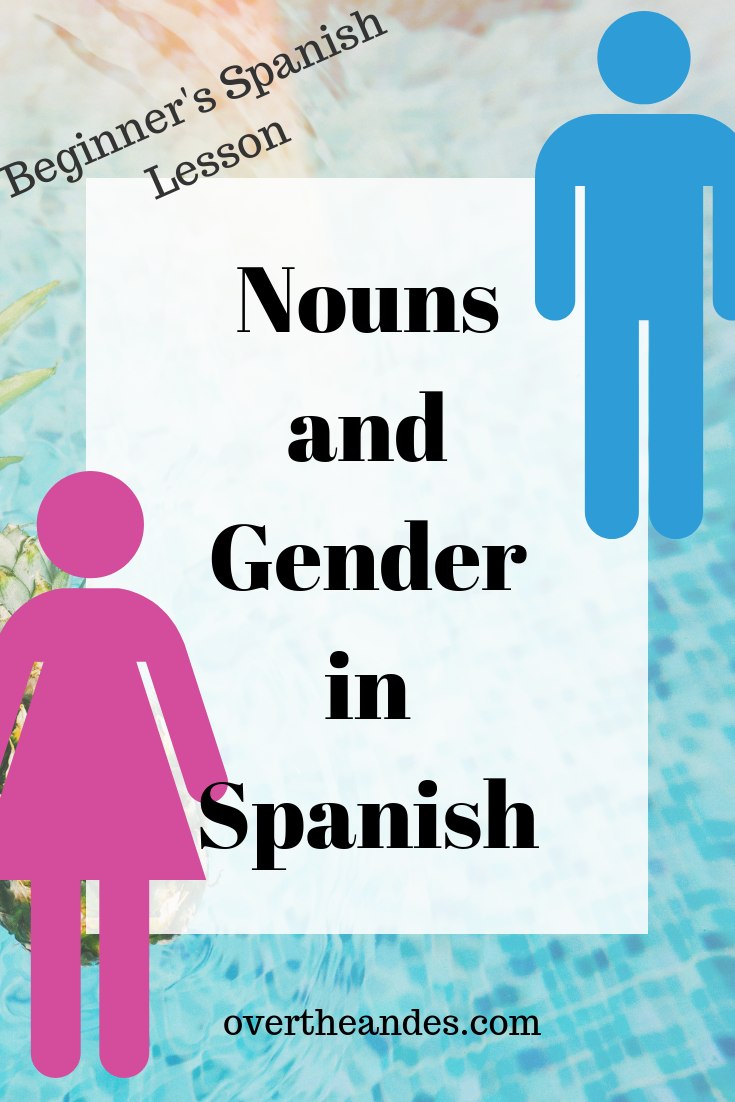 What is this gender business? How is it related to language?

In romance languages, of which Spanish is one, nouns are either masculine or feminine. We can sometimes (but certainly not always) tell whether a word is masculine or feminine by looking at its ending. There is a very wide generalisation that words ending in ‘a’ are feminine and words that end in ‘o’ are masculine. However, there are far too many exceptions to that rule to make it a reliable yardstick. Thankfully, there are a few narrower generalisations; exceptions still exist but they are markedly fewer. Look at the charts below. 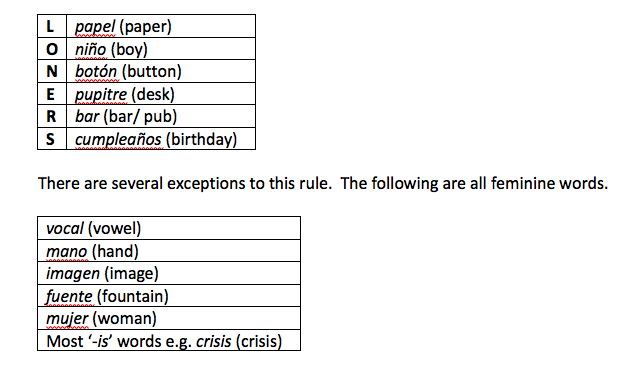 Guidelines for feminine words are as follows: 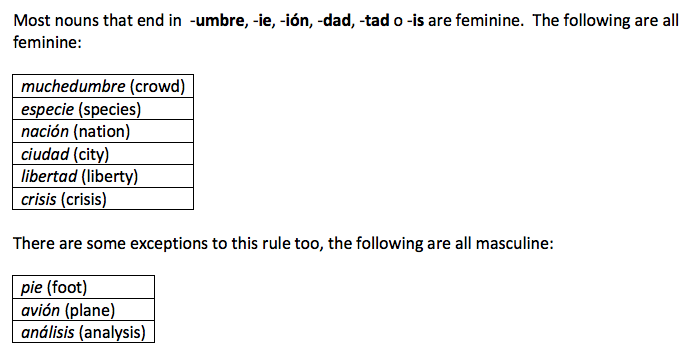 For more info on gender and word endings check out Grámatica intensiva.

We’re also going to spending time with our friend Señor Jordan today as he has some really useful videos on this subject, like this one:

If a word is masculine or feminine, that also determines what definite and indefinite articles are used in front of them.

What are definite and indefinite articles you ask? Grammarly.com provides a very clear explanation…

Articles are words that define a noun as specific (definite) or unspecific (indefinite). Consider the following examples:

After the long day, the cup of tea tastes particularly good.

— By using the article the, we’ve shown that it was one specific day that was long and one specific cup of tea that tasted good.

After a long day, a cup of tea tastes particularly good.

— By using the article a (or an if the noun or adjective begins with a vowel), we’ve created a general statement, implying that any cup of tea would taste good after any long day.

In Spanish, the rules are similar but we also have to take into account the gender of the noun and the number of items to which the noun refers.

Here is another Señor Jordan video that goes over articles and gender.

If you want to see another short video focussing on the indefinite articles, you can click here.

I hope you found today’s lesson useful.  Does the idea of nouns having a gender make more sense now? The gender of these nouns determines what adjectives can be used to describe.  We’ll cover that soon!