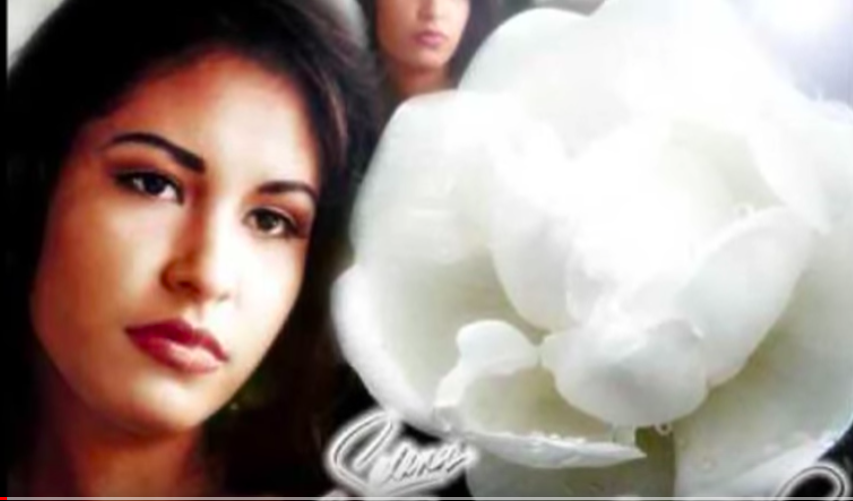 My selection today is a little slower in tempo but so beautiful, even if it is about an unrequited love.

Como La Flor is from Selena’s third studio album, Entre a Mi Mundo which was released in 1992. The song is credited to the band Selena y Los Dinos and was remixed in 1995 for Selena’s posthumous album Dreaming of You.Â  The song was co-written by Selena’sÂ  brotherÂ A.B. Quintanilla IIIÂ andÂ Â Pete AstudilloÂ (a member of Los Dinos).

A song about the pain of unrequited love but also a song about a woman who is strong enough to move on from this broken love, as revealed towards the end of the chorus.

Today I leave, I know how to lose…

Me marcho hoy, Yo sÃ© perder…

Selena is known as the Queen of Tejano.Â  Tejano refers to the original Spanish-speaking settlers of Texas and Northern Mexico.Â  Tejano music is the name given to various forms of folk and popular music originating among the Mexican-American populations of Central and Southern Texas.Â  It’s a Tex-Mex kind of music and although the main influences are American (such as R&B, pop and rock), it also bears the mark of Mexican Mariachi and Corrido musical styles. 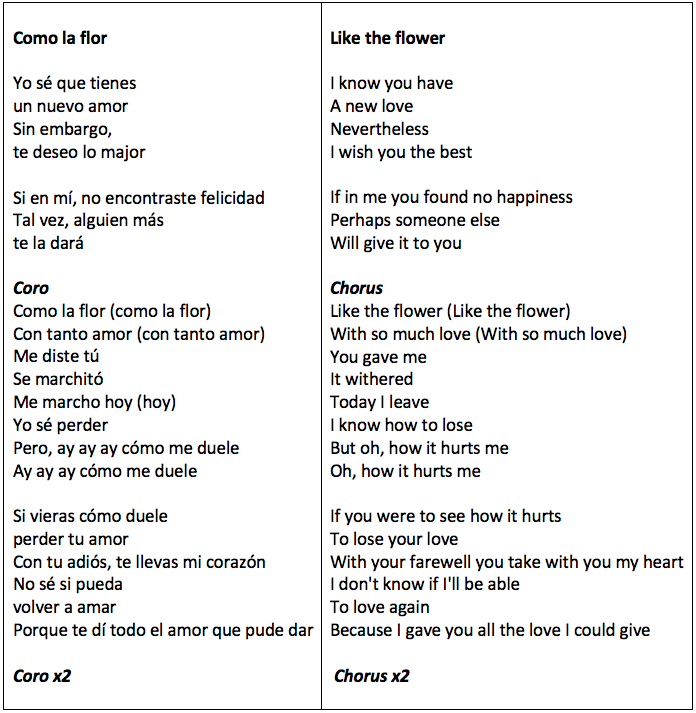 Here’s a video playing the song with both the Spanish and English lyrics.

Using Como La Flor as a teaching or learning tool

The lyrics in this song are very clear and clean and suitable for use in a classroom setting.Â  I would suggest a teacher use lyric sheets with blanked out words for students to fill in.Â  For more advanced classes, students could even be asked to transcribe as much of the song as they can.

Hope you enjoyed the song and mini-lesson.