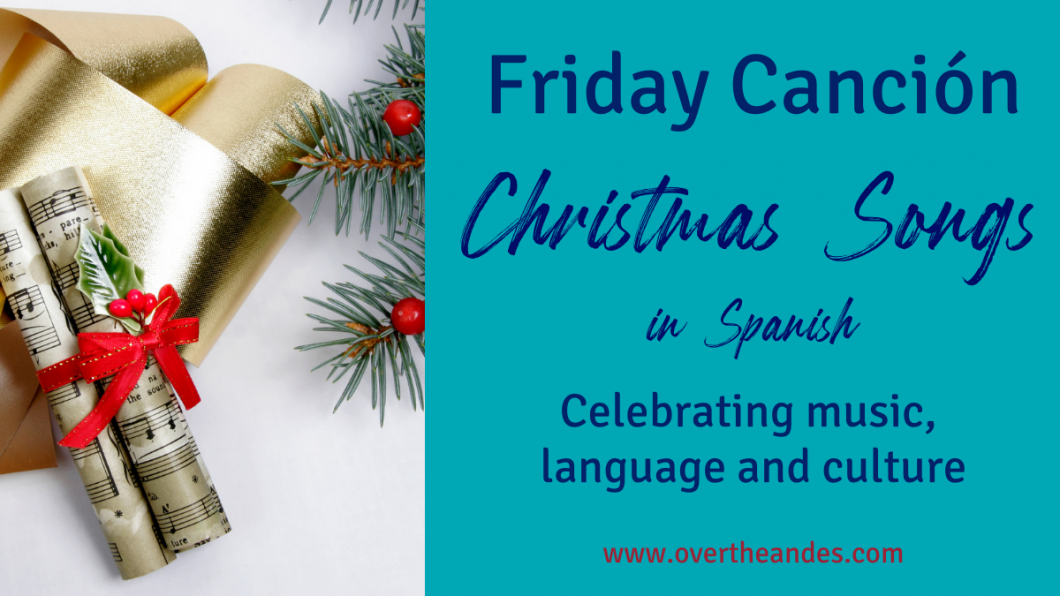 Christmas music is another fun part of the season. Today’s Friday Canción celebrates some fun Spanish language Christmas songs. I’m sure you all know the iconic song “Feliz Navidad” but in case you don’t, I’ve included it too.  There are so many more to share with you, but I hope you enjoy this little selection I’ve put together.

Villancico is the Spanish word for Christmas Carols.

If you’d like to sing along with any of these songs, I’ve put together the letras in this downloadable booklet.

2.  The well-loved Feliz Navidad was written in 1970 by the Puerto Rican singer and songwriter José Feliciano. More recently, Michael Buble released a version with Latina songtress Thalia, which has an extra Spanish language verse. Here it is:

3. How about a song you know well in English, given a Spanish makeover? That’s exactly what Cuban sensation, Celia Cruz, did with Jingle Bells in 1958 when she released Navidad Feliz.  Check it out and enjoy the soulful, rhythmic variation to this Christmas favourite.

4. On the topic of well-known Christmas songs redone in Spanish, how about this one by Andrea Bocelli. The Italian singer produced a delightful Spanish version of White Christmas, in his Blanca Navidad. Tan hermosa esta cancion….

Now for a couple you may be a little less familiar with.

5. Yesterday’s post described some popular Hispanic/ Latino foods eaten at Christmas time and this song plays tribute to a couple of them. With a chorus that honours the lechón asado and pasteles and carries an intoxicating salsa beat, La Fiesta de Pilito by El Gran Combo is a hit at any Christmas party.

I hope the Christmas spirit finds you this season! Hopefully these Christmas songs in Spanish will bring some language learning to your celebrations! 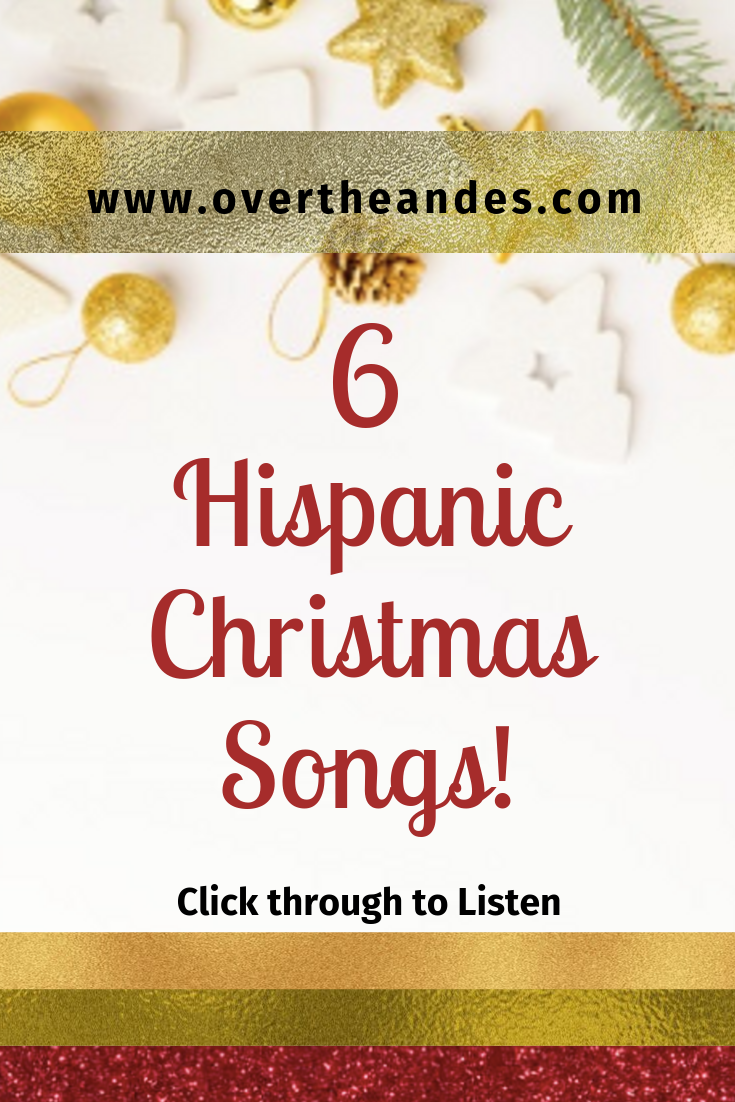