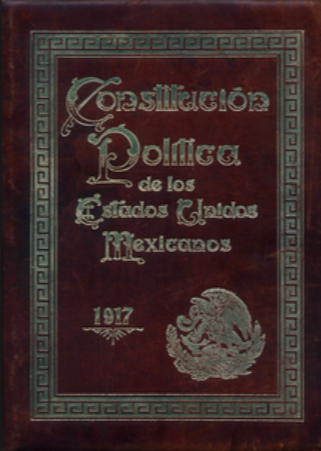 Today is Feb. 4 and a holiday in Mexico.Â  Today’s holiday celebrates the declaration of the country’s Magna Carta.Â  The constitution was declared in 1917, seven years after the outbreak of the Mexican Revolution.Â  The Revolution itself would continue for a couple more decades but the declaration of this constitution marked a turning point in political and social attitudes.

The proclaimed Constitution of 1917 was rather progressive and reformative for its time:

Unfortunately, the 1917 Constitution was mainly ignored by then President Carranza and not properly implemented.Â  However, the constitution was a starting point and it was eventually implemented and remains in force today (amendments have been included over the years).

Please head over to Pulse Mexico to read ThÃ©rÃ¨se Margolis’ article on the significance of this little known Mexican holiday.