Did you think that the Mayan language is just one language?Â  Think again!Â  Mayan is the collective name given to a linguistic family.Â  Today, over 35 unique Mayan languages have been recorded.Â  It is estimated, however, that at the beginning of colonisation there were in fact hundreds of these languages in use.Â  Think of the rich linguistic and cultural diversity entrenched in those languages.Â  Sadly, much of it is lost forever.Â  However, there have been attempts to reclaim and validate indigenous heritage through language.Â  Researchers, linguists and historians (among many others) have been working to identify and record these languages.Â  There are even efforts being made to facilitateÂ ‘mother tongue-based multilingual education’ to ensure that education can be accessed in indigenous languages.Â  The United Nations has proclaimed 2019 as theÂ International Year of Indigenous LanguagesÂ and had also declared February 21Â asÂ International Mother Language Day.Â  It is hoped that preservation efforts will save many existing languages before they too are lost. 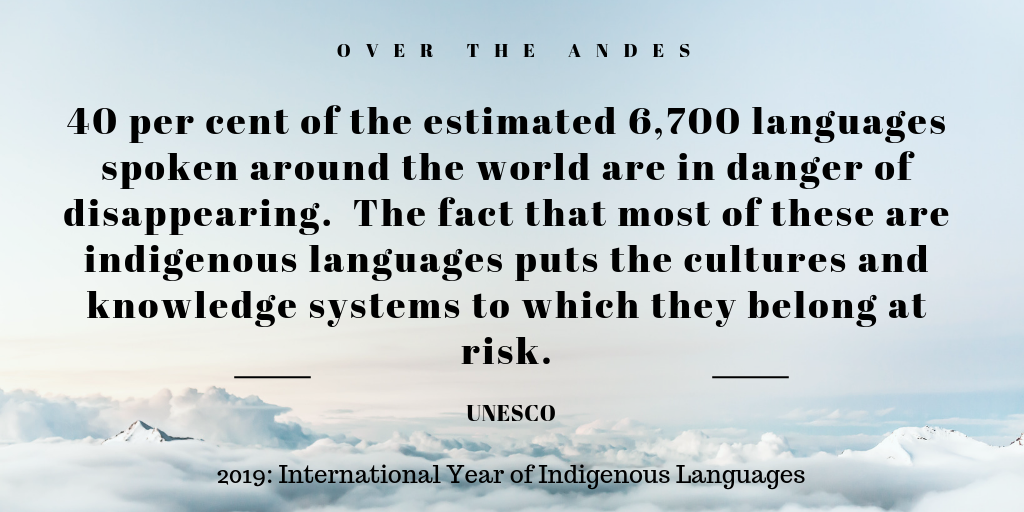 AtÂ View From Casita ColibrÃ­, Shannon talks about how International Mother Language Day was celebrated in Oaxaca, Mexico.Â  Take a trip over to her blog for some intriguing photos and more information.