Check out these awesome facts about South America’s Andes mountains and the Amazon. There’s also a great project included to help young learners discover more about the geographical features of the continent.

The Andes Mountains make up the longest mountain range in the world. Running from north to south, the range creates a mountainous spine along the western side of the South American continent. Seven countries play host to the Andes: Venezuela, Colombia, Ecuador, Peru, Bolivia, Chile and Argentina. The highest point measures 6,961 m (22,838 ft) above sea level and the range is about 6,920 km (4,300 miles) long.

Here are some fascinating facts about the Andes mountains

1. The Andes has the highest mountain peaks outside of Asia.

2. The majority of the Andean peaks are actually volcanic! Thankfully, most are inactive. The highest active volcano in the world is Ojos del Salado, (standing 6,900 m above sea level). It is located along the Chile – Argentina border.

3. The Andes holds the world’s largest mineral deposits. Peru is home to the largest gold mine, and both Chile and Peru combine to produce almost half of the world’s mined copper.

4. About a third of the South American population lives in the Andes. They live in the many cities and towns throughout the mountainous region. The Bolivian city of La Paz is the highest capital in the world at 3650 m above sea level.

5. The Andes nourishes the world. Two of the most important crops for world populations today, potato and tomato, originated in the Andes. Peru is home to over 3000 varieties of potato.

The Amazon Jungle is also known as Amazonia or the Amazon Rainforest. It is a moist broadleaf forest in the Amazon biome. The Amazon Basin occupies 7 million km2. The majority of the forest is contained within Brazil. 60% of the rainforest is in Brazil, 13% in Peru, 10% in Colombia, and minor amounts in Venezuela, Ecuador, Guyana, Suriname and French Guyana.

6. The Amazon is called ‘the lungs of the Earth’ because the rich vegetation takes incredible volumes of carbon dioxide out of the air, and releases oxygen back in. More than 20% of the world’s oxygen is produced by the Amazon.

7. Roughly 400-500 indigenous Amerindian tribes live in the Amazon rainforest. Experts believe around fifty of these tribes have never had contact with the outside world.

8. Due to the thickness of the Amazon canopy, when it rains, it takes about ten minutesÂ for the water to reach the ground!

9. Over 3000 known species of fish live in the Amazon River and more are constantly being discovered. The biodiversity of the Amazon region, overall, is awesome: 40,000 plant species, 1,300 bird species, 430 mammals and 2.5 million different insects! (NatGeoKids)

10. The Amazon River, by volume, is the largest river in the world. It carries as much asÂ  one-fifth (twenty percent) of the fresh water that flows into the world’s oceans.

Help your students/ children/ friends discover the wonders of the South American region with a hands on, creativity inspiring project. This FREE project guide includes key reading material covering the Andes, the Amazon Jungle and the Amazon River.  After reading the info and studying the maps provided, young creatives are tasked with a mission to create a 3D model of South America complete with major geographic features. 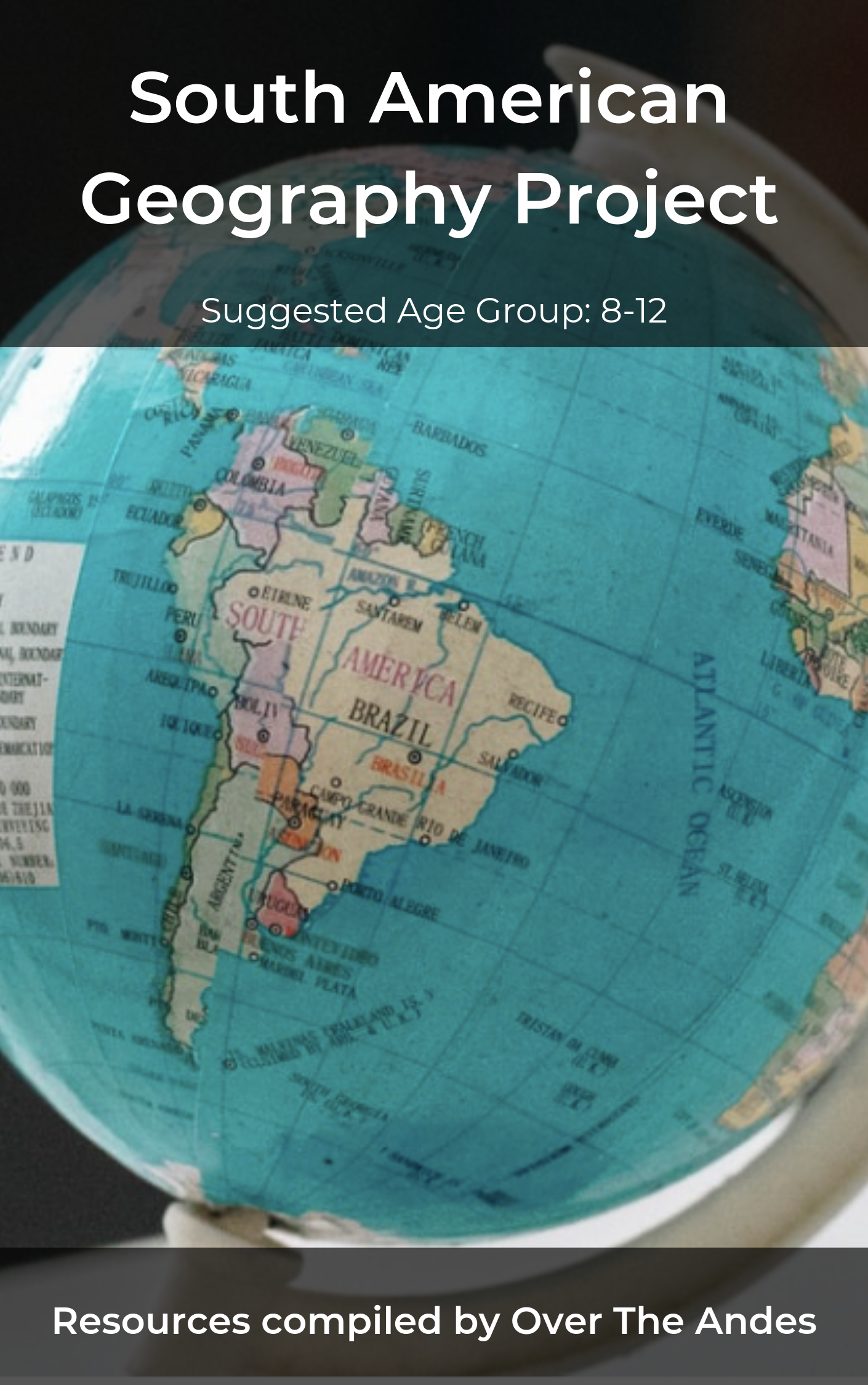 Try this activity out with your young explorers during Hispanic Heritage Month!