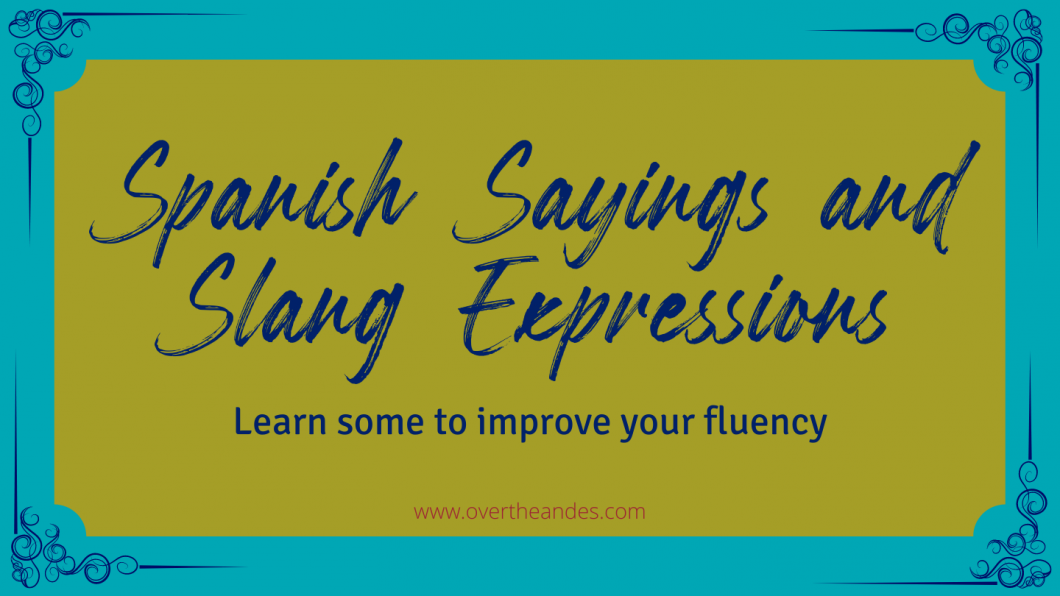 Read on for: 20+ Spanish sayings and expressions

Have you ever tried to practice your Spanish listening skills with native speakers and felt a bit lost? I imagine most of us learners have been there at some point… in some circumstances we still are!

On occasion, I’ve been listening to conversations or even reading written dialogue where I know each word, but just can’t make any sense of what’s actually being said.

Sayings are sometimes unique to particular countries or regions within countries and those not from that area would also be at a comprehension loss. But I love them anyway. They’re so rich for appreciating culture and local parlance even if they confuse others for a bit. Asking for clarification is a great way to open up meaningful communication and cultural connections. 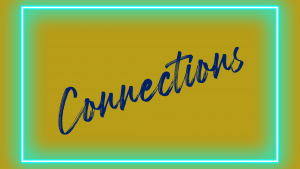 On the topic of cultural connections through language, we started our first run of The Beginner Spanish Experience a few weeks ago. Our weekly sessions include guest speakers from the Latinx community, and they’ve been sharing some of their favourite sayings with us!

Dali is from Nicaragua and her mom loves to say: “dame agujo, hilo y cóseme aquí” which loosely translates to give me needle, thread and sew me up here.

I believe it can be used in situations where someone is given something but then expected to deliver assistance/ results with them… like a gift with strings attached.

Santiago, from Peru, shared some expressions he’s heard his whole life e.g. referring to one’s girlfriend as “costilla” which means rib. This signifies that she’s always by her partner’s side.

Or maybe someone tells you “estás piña”… you are a pineapple???? Well, you know how a pineapple can be a bit sour… the saying means maybe you are or are having a bit of bad luck!

These expressions have been a great source of entertainment in our classes, so I went on a mission to find some more from around Latin America!

During an open discussion, it soon became apparent that some expressions are unique to certain countries but others are actually common across several, sometimes with no change at all or just a simple tweak.

Here are a few of the sayings we came up with…

Meaning that sometimes someone is an expert or does something for a living, but in their own life they might neglect it. There’s a very similar English saying: “The cobbler’s children have no shoes”.

These three seem to be from Mexico:

When there are less people to share something, each person gets more. You could use this if you offer someone something to eat and they say no thanks.

You can use this expression to indicate your doubt about the truth of someone’s words or actions. The whole truth hasn’t been revealed; something’s missing.

“A lo que te truje, Chencha!” is believed to be an evolved form of “A lo que te traje, Crecencia”. – To what concerns you, Chencha

This indicates one should mind one’s own business! Focus on what concerns you and not on things that don’t.

In the Dominican Republic, this one signifies making the effort:

It’s all about hard work and sacrifice. You have to do the work to reap the rewards.

Used to say that something is super-cheaply made.

I love this one from Paraguay…

The English equivalent: The kettle calling the pot black

Look at this rhythmic beauty from Andalusia, Spain

The triple negative makes a positive, similar to the “claro que sí” expression which means of course. It can also be a cheeky yeah, right used when someone says something that is obviously (even humorously) untrue. 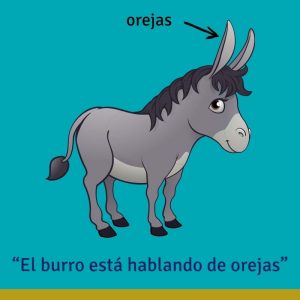 Get your handy download of the sayings for easy reference.

These may not be the friendliest of expressions but you want to be aware of them, just in case!

Tell someone to get lost

In Ecuador, you could say:

In Chile, it changes to “Vete a freír monos al África.”

And another one used in various countries: “Vete a freír espárragos” – Go fry asparagus.

Say someone has a few screws loose or isn’t very intelligent (or sane):

In Argentina, you could say:

And these are used in various countries 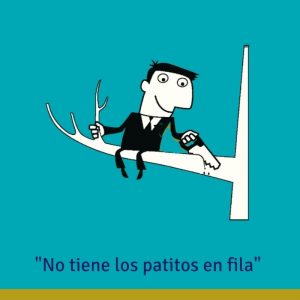 My Colombian source believes most of these to be from his part of South America:

“Póngale pilas!” – Put in the batteries

Move lively/ Put some pep in your step/ With more energy

“Por si las moscas” – In case of the flies

Here are four more expressions you can hear around Latin America

When someone purports to be brave but beats a hasty retreat in the face of real danger.

A call for discretion – He who speaks more than he should will put himself in problems.

An expression to use when you’re not sure about something. Example: “mientras que son peras o manzanas yo no me tomo esa pastilla” – As I’m not sure I won’t take the tablet.

“El mundo es un pañuelo” – The world is a handkerchief

Did you know any of those expressions before reading through? I have to admit to having a good chuckle while uncovering some of these gems. My favourites so far might be: “El burro está hablando de orejas”and “Le faltan caramelos en el frasco.”

Suggestion: Find a couple expressions you like from the above list, learn them, and see if you can insert them into your next conversation with a native speaker. Maybe you’ll even have the opportunity to explain it if the person you’re speaking to doesn’t know it!

And if you want to work on improving your fluency, don’t forget to practice some favourite trabalenguas (Spanish tongue twisters) 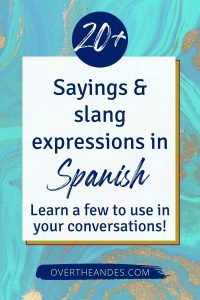